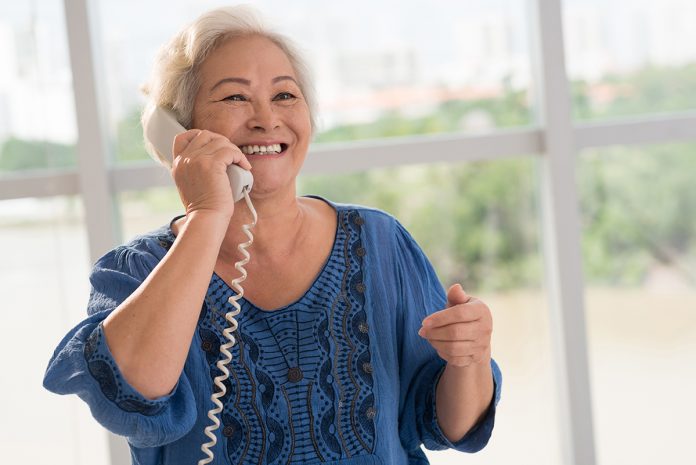 Shinichi Tokuno from Voice Analysis and Measurement of Pathophysiology, Department of Bioengineering, at the University of Tokyo, tells us about an exciting aspect of voice analysis technology that concerns life events and voice biomarkers

In the January 2020 issue of Open Access Government, I discussed the usefulness of the Mind Monitoring System (MIMOSYS). In that profile, I presented the case of a patient who manifested depressive symptoms due to stress. To understand an anomaly, it is necessary to recognise what is ‘normal’.

Holmes and Rahe cited several life events as factors affecting the Social Readjustment Rating Scale, measured their degree of stress, and numerically converted them into Life Change Unit Scores. Of these factors, “Death of a close family member” and “A son or daughter leaving home” are mentioned as being especially stressful events. Moreover, “A son or daughter taking school entrance examinations” is increasingly being regarded as constituting an equally stressful event. Understanding changes in voice biomarker data attributable to these life events appear to be useful for gaining insight into special case examples such as the above. In this paper, I will describe a woman who, in the face of a variety of life events such as these, demonstrated courage and perseverance. I was able to record and analyse her voice over two and a half years, and wish to discuss it, along with some explanations.

The woman who had agreed to participate in my study was aged 50 at the time and had three sons. Her oldest son had already left home, so she was living with her husband and two younger sons. Her mother, living remotely, was battling a disease. I used the MIMOSYS to analyse her voice in all her telephone conversations, which I recorded between August 2015 and March 2019. The Figure shows the changes in her Vitality and Mental Activity. Note that ‘Vitality’ here indicates her mental state in each phone call and ‘Mental Activity’ is an index calculated from a two-week average and variations of Vitality. In other words, Vitality fluctuates sharply, depending on the content of the conversation and the person she is talking to, Mental Activity reveals the trend over two weeks. The changes in Mental Activity shown in orange in the Figure indicate stress levels and depressive states.

Her mother’s death was the beginning of a storm in her life events. Although she was anticipating it to a certain degree during her mother’s battle against illness, she showed a clear reduction in Mental Activity on hearing the news of her mother’s death. Her two sons embarked on their entrance examinations, one month later, which was too short a time to allow her to recover fully from her mother’s passing.

During this year, there were two sets of entrance examinations taking place simultaneously: university exams for her second son and middle school exams for her third son. The entire family may have been under stress because of this, and we can see that the woman’s Mental Activity fluctuated sharply during a short period.

With the good news that her second son had finished taking the exam and passed it, her Mental Activity recovered. This joy was short-lived, though, because her third son, who had passed his entrance examination a year before, came into conflict with his school and stopped going. As a result, her Mental Activity fell dramatically at first, but continued to fluctuate up and down thereafter. Her third son finally decided to quit school, announced his intention to lead an independent life, and left home. Immediately after this, her Mental Activity showed a decrease, but stabilised only after a week or so. She finally began embracing days of peace.

Changes in her Mental Activity were not as dramatic as those of the patient shown in the January 2020 issue of the Journal. However, her data indicates that the voice biomarker had been reacting accurately to her life events. Whenever she used the MIMOSYS app, she reportedly checked her condition from time to time and tried to change her thoughts and feelings. One of the major goals in developing our application was ‘to gain awareness of the self.’ We believe that we have been able to achieve this goal. Had her resilience been poor, her Mental Activity may have remained dramatically low or even triggered depression.

Lastly, we wish to express our appreciation for and praise of, our subject who, despite experiencing a series of stressful life events, agreed to participate in our study and successfully sent all three children out into the world. We salute her maternal skills.