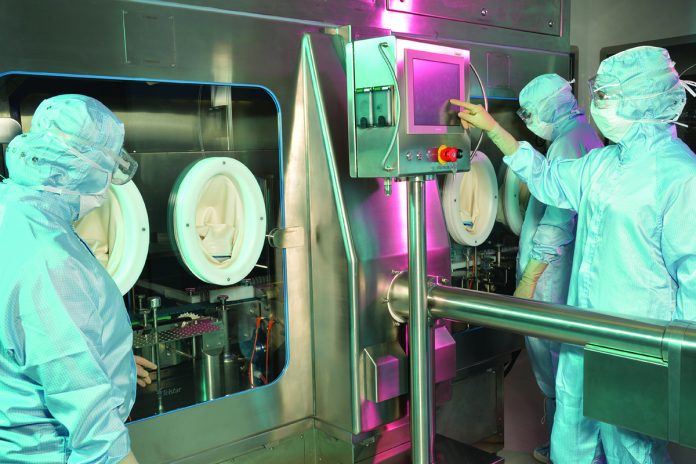 On the 23 January 2017, the Government released for consultation its Green Paper, “Building our Industrial Strategy”. The consultation sought responses on a range of issues including views on industrial sectors and the structures and processes necessary to enable the UK to be a competitive and successful global innovator and trader. In addition, areas of the country were asked to identify what made them special and distinctive, which would warrant investment to produce a world-class product and process performance. The 38 local enterprise partnerships in England singularly and in some cases collaboratively, responded with enthusiasm to describe their versions of potential local industrial strategies.

In its response, the Swindon and Wiltshire Local Enterprise Partnership (LEP) identified the outstanding features of the area’s economy and focussed on those future-oriented opportunities with excellent scope for expansion. Amongst those economically powerful combinations was the location of major defence technology expertise and the increasingly productive routes to commercially successful enterprises.

The Swindon and Wiltshire LEP is at the heart of a thriving defence science and security technology cluster in central southern England and is home to a range of leading companies including QinetiQ, Porton Biopharma, and Chemring Countermeasures, and major research-led organisations such as Defence Science and Technology Laboratory (DSTL) and Public Health England (PHE). Wiltshire is home to a quarter of the British Army and has major assets in defence and security technologies including; the Chemical Biological and Radiological research and development capability at Porton and through DSTL and the Ministry of Defence (MoD) site at Lyneham, which hosts the Defence College of Technical Training (DCTT), which includes the Defence School of Electronic and Mechanical Engineering. The MoD site at Boscombe Down is an established centre of excellence for aerospace defence and security technology, hosting 2000+ staff.

DSTL manages £380 million per annum of UK Government funding on science and technology projects. The new Porton Science Park, forming part of a wider campus is a unique opportunity offering a state of the art 10-hectare defence and security research and development facility. Porton carries out research to ensure that the UK’s military and wider public benefit from the latest technical and scientific developments. The UK Government is investing £115 million in developing new facilities at Porton, which will bring 650 new jobs to the area. Porton has close links to PHE, world leaders in high-quality microbiological research and testing, and DSTL, specialising in the development of effective countermeasures against chemical and biological events, and Porton Biopharma Limited, established in 2015 to commercialise research outputs into pharmaceutical development and manufacturing. Recently, Boeing Defence UK (BDUK) selected Boscombe Down as its preferred choice for its new UK headquarters delivering 1,500 jobs and a multimillion-pound investment. It will work with QinetiQ on defence-related aerospace activity. The LEP sees this as the first step in the development of a commercial defence technology site in the south of Wiltshire.

Swindon and Wiltshire is already home to a wide range of world-class advanced engineering companies including Honda which has recently invested £250m in its plant at Swindon and has employment levels back above pre-crash numbers. Dyson, one of the UK’s leading high technology engineering companies and the country’s largest investor in robotics, is creating a new campus at the Hullavington Airfield, near Malmesbury, increasing its footprint in the UK by ten-fold. This is in addition to its £560m commitment to its existing campus at Malmesbury and is a significant vote of confidence in the Swindon and Wiltshire area and the UK. Dyson already employs 3,500 people in the UK, half of which are scientists and engineers.

Swindon and Wiltshire have a range of education and skills facilities to support the expansion of the advanced engineering sector including the Defence School of Electronic and Mechanical Engineering at Lyneham; QinetiQ Apprentice Training School at Boscombe Down; the Empire Test Pilots School also at Boscombe Down and apprenticeship opportunities at DSTL at Porton.

The combination of these assets and their supply chains lays a firm foundation for additional skills development in defence engineering and aerospace across central southern England. This will require teaching and research work across a range of colleges and Universities and will support other private sector businesses operating in the advanced manufacturing and aerospace sectors. In the future, these assets will be enhanced by the co-location of defence and public-private defence related activity as a unique feature of Swindon and Wiltshire, which has the potential to transform not only the local economy but that of neighbouring areas linking activity in Swindon and Wiltshire with Bristol and Bournemouth and beyond. However, the advanced engineering workforce at higher levels is mobile. This means that the challenge to any area with this type of sector clustering is to cultivate homegrown talent to deliver the technical and higher level skills needed to support accelerated developments in this fie