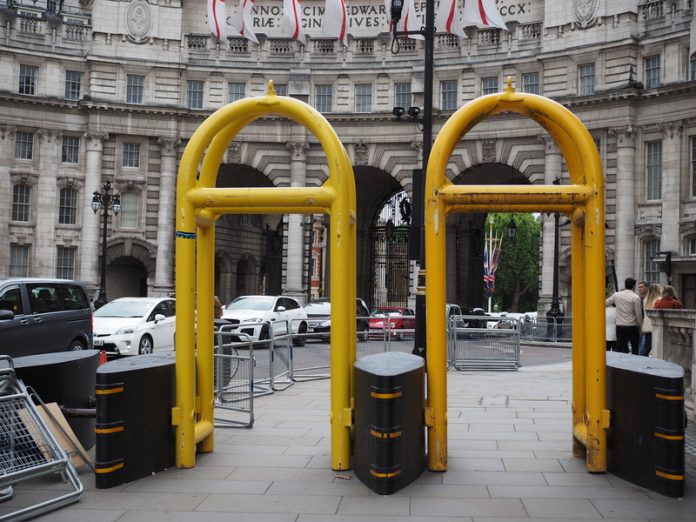 European Commissioner for the Security Union, Julian King underlines the role of the EU and national governments in keeping citizens safe

As you approach Arsenal’s Emirates stadium in North London, you are greeted with a giant, ornate, black cannon. Not, as you might think, to intimidate visiting Spurs fans; nor – or at least not only – to represent the club’s logo. Their purpose is less evident but even more important: to protect 60,000- strong crowds from ramming attacks, acts of terrorism carried out by moving vehicles. This is just one example of using urban planning to make our public spaces safer, without making them less free or open. Security policy is most effective when you don’t notice it.

Such foresight is welcome. In their propaganda and their actions, terrorists have in recent years shifted their focus towards open spaces like pedestrian precincts, tourist and transport hubs, shopping malls, and sports and music venues. The means used by terrorists are also evolving: from traditional weapons such as bombs and guns to lower-tech solutions, such as vans and knives; as we have seen in recent incidents like London Bridge, Westminster, Nice, Berlin and Barcelona.

National governments have the ultimate responsibility to ensure their citizens are safe, but there is an increasing recognition of the EU’s role. The security of one of us affects the security of us all: tools and techniques are crossing borders, and we must continue to evolve to meet a changing threat.

In October, the EU set out an anti-terrorism package, which includes the highest levels ever provided from the EU budget for internal security and policing. We have just published a €18.5 million call for proposals for projects to protect public spaces against terror attacks; next year, a further €100 million will support cities investing in security, under the EU’s regional development fund. This funding will be accompanied by guidance to ensure that innovative and discreet barriers can secure our cities, without changing their open character.

Of course, the risk of higher-tech attacks has not gone away, even if it is not high – so we have proposed an action plan to ensure we are prepared against any chemical, biological, radiological or nuclear attack.

The EU is also taking steps to cut the space in which terrorists can act. Member States are sharing information more so that people of interest can be picked up even if picked up in other European countries: last year, 13,100 UK-issued alerts received hits on the EU’s Schengen Information System.

We have already criminalised many acts connected with terrorism: terrorist-related training or travel to Iraq and Syria, and access to arms and explosives. In October, we set out how we want to further restrict access to the ingredients of home-made explosives used in recent attacks: applying the existing laws in full, while also reviewing whether those laws need to change.

We are also looking to cut off the financing that terrorist need for attacks. The European Commission is leading the way through initiatives to strengthen co-operation between financial intelligence units and other national authorities. The EU also runs a €20 million regional programme on the fight against organised crime in the Western Balkans and a €16 million action on anti-money laundering and counter-terrorist financing in South East Asia.

We support the use of strong encryption of digital information. But sometimes it poses a challenge to law enforcement during criminal investigations. The European Commission is supporting stronger capabilities at European level which can be used by all national authorities.

And meanwhile, we need to tackle the root cause of terrorism – radicalisation towards poisonous ideologies.

Through organisations like the Radicalisation Awareness Network (RAN), we work to identify the underlying drivers for extremism and provide guidance for frontline practitioners, such as teachers, social services and prison officers. As much terrorist propaganda is found online, we are also working with the big internet companies who can ensure it is taken down instantly and does not reappear. We will take legislative action in this area if necessary.

Terrorism’s real, and insidious, purpose is to create fear and turn us against each other. Those who perpetrate it want us to abandon the fundamental values that we cherish as Europeans: of openness, freedom and tolerance. We will not let them.

European Commissioner for the Security Union