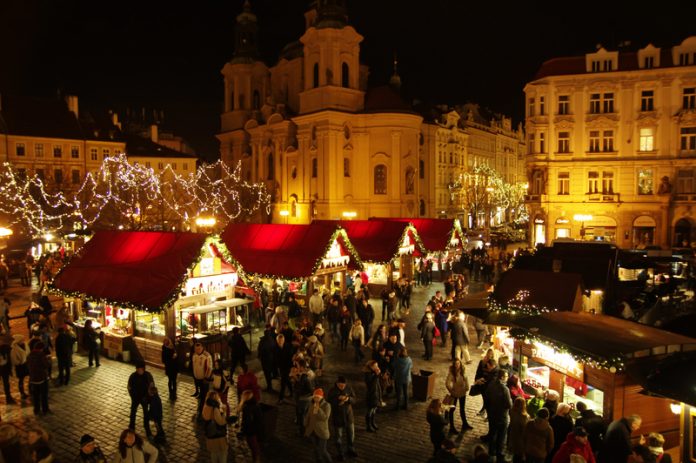 A third of the British public want to see more armed police at Christmas markets in light of recent terror events, according to new research

36% of Brits are calling for more armed officers to patrol public events, such as Christmas markets, and 57% would like to see more security guards on duty around market locations.

The survey of 1,000 people, conducted by ATG Access, found that although almost half of the public won’t let recent terror attacks stop them from enjoying organised festive events, 39% would feel more at ease if emergency services, like paramedics, were on-site and easily visible.

But it’s not just visible front line service personnel that will help alleviate fears this Christmas. 44% of people would now like to see visible security measures, such as bollards and barriers to separate crowds from nearby traffic, put in place to prevent possible vehicle attacks.

Almost half (48%) of the public would welcome bag searches and 33% think metal detectors should be used at event entrances to spot suspicious behaviour. And 41% would like to see more CCTV and flood-lighting to help monitor festive events and public areas.

Gavin Hepburn, director at ATG Access, said: “With the increasing number of terror attacks that have taken place across Europe, tensions have understandably been heightened – particularly as Christmas markets were targeted in Berlin last year.

The general consensus amongst the public seems to be that they’re not going to let the threat of terror ruin their festive spirit, there are still some concerns around security and safety at Christmas events.

“Brits are now calling on authorities to implement more visible security measures, such as more armed police on our streets and physical solutions like bollards and barriers, to protect festive events.

But, the most important thing to bear in mind is that these measures must not create a ‘fortress mentality’.

While the public may feel safer knowing that security is being improved, solutions shouldn’t incite more fear and should enable people to enjoy the festivities. There are robust physical solutions now available that can blend in with their surroundings so that they’re almost invisible.”