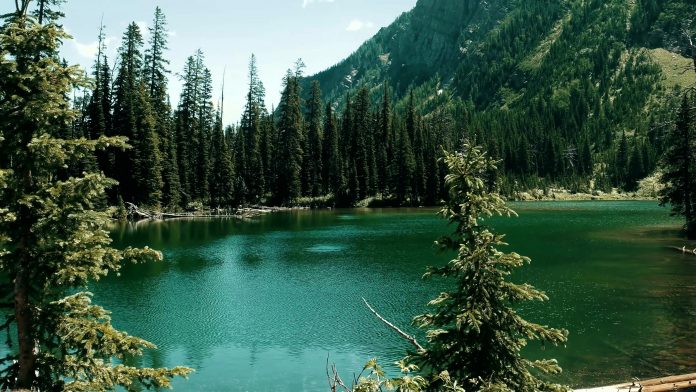 From a theoretical point of view, the relationship between economic development and environmental quality is not necessarily expected to be linear. While improvements in income per capita through economic growth may increase environmental degradation through greater resource use, at the same time higher levels of development may also reduce environmental damage. This counteracting effect on environmental outcomes takes place through different channels.

Such a theoretical setting implies that we should observe environmental quality deteriorating as less developed economies grow. However, starting at some level of income per capita, the environmental consequences of economic growth are expected to slow down and eventually reverse.

The relationship between economic development and environmental depletion, and in particular deforestation, is complex and difficult to pin down using data. On the one hand, economic growth and forest cover change interact with each other in intricate ways that makes the quantification of the direct linkage between improvements in economic wealth and deforestation different across countries of the world. On the other hand, official figures on forest cover offered by governments and international organisations, are not always comparable across countries. A rigorous empirical assessment of the link between forest cover and economic growth using this kind of data is thus implausible, meaning there can be no significant pattern identification.

In the last few years, satellite imagery created the availability of high-quality data that allows us to measure environmental outcomes. This has facilitated several research efforts linking income dynamics to deforestation worldwide. In particular, we can now employ national borders across countries as a pseudo-natural experiment. This means researchers can examine how differences in forest cover observed in one area reflects differences in income per capita of the two nations – which the border divides. Using information for all national borders worldwide, such a research methodology allows us to unveil the existing causal relationship between income per capita and deforestation. This unveiling provides a credible empirical test for the environmental Kuznets curve applied to forest cover.

The results of this analysis show a negative relationship between economic growth and forest cover for countries below an income per capita of around 5,500 dollars, which disappears for nations beyond that level of income. This result indicates that while economic growth in the poorest nations of the world tends to lead to increases in forest cover loss – this is not necessarily the case for middle-income and high-income countries. Similar results are obtained if the rate of loss in forest cover is employed instead of the actual density of forests, thus lending credibility to the existence of, at least, half of a worldwide environmental Kuznets curve for deforestation.

The results of these research efforts are central to inform policymakers about potential strategies to combat the negative consequences of climate change. To the extent that forests help regulate ecosystems, ensuring their sustainability is an important building block of global climate change mitigation policies. Understanding and quantifying how economic growth affects forest cover changes allows to incorporate projections of forest cover to the existing future scenarios used in the climate science community and thus provides a novel contribution to the portfolio of instruments for evidence-based policy-making.

In addition, the current COVID-19 pandemic has also increased the relevance of stopping deforestation to avoid pathogens to leap from animals to humans. Research on the causes and consequences of forest cover loss has never been more relevant than today.