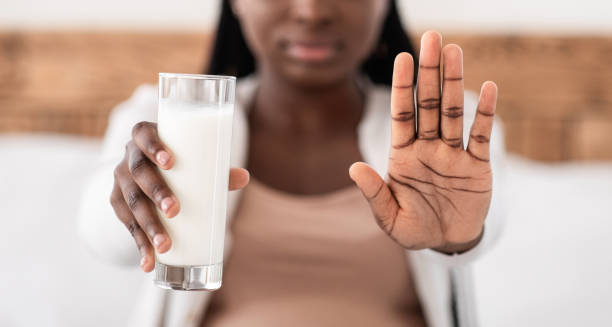 What information is available for food allergy in Africa?

The prevalence of food allergy in most countries has been increasing over the last 20-30 years, although accurate data from most countries are missing. Infants are highly susceptible as foods are introduced to their naïve immune system. Cow milk allergy (CMA) is one of the most important food allergies around the world. Sometimes mother’s breast milk carries peptides of important milk allergens that can sensitise, or tolerise for CMA (Zepeda-Ortega et al, 2021).

The prevalence and severity of food allergy for most consumers in countries in Africa is not clear. There is a lack of clinical resources in many countries and clearly inadequate training of physicians or lack of available access in many countries (Barker et al, 2021).

Good practical medical practice requires education of the consumers and families, of the healthcare workers from nurses and nutritionists to primary care doctors and allergy specialists (Barker et al, 2021). Training of allergy in most medical schools in the United States and other countries is short and superficial unless specialty postdoctoral training is sought. Food allergy practice requires some knowledge of food production and processing as lifestyles have changed markedly. Food production was common mostly on family farms with direct use of food for most people. Now we live and work in cities and eat foods processed in factories and sold at markets. Often food is packaged so that only heating in microwave ovens, in boiling water or in ovens is required before eating.

Environmental factors may encourage immunological tolerance or sensitisation. Tolerance is an immune response that is specific for food proteins through cellular mechanisms, leading to production of IgE antibodies or cell-based adverse immune reactions. The immune system of each individual consumer can produce alternative antibodies that are tolerising (IgA and IgGs of different types) or sensitising (IgE). The IgE is needed for immediate allergic reactions or for immune reactions against specific parasitic worms (Mkhize-Kwitshana et al, 2022).

The environment is much more important than genetic factors in determining relative risk of developing food allergy (Gray et al, 2015; Levin et al, 2020). Certainly, food exposure is an important determinant of tolerance or development of allergy. Some factors such as helminth infections reduce risks of food allergy.

Most infants in many countries are fed exclusively for many months through their mother’s breast milk. The mother’s digestive system and her choices of foods markedly influences exposure of the infant to allergens or tolerogens. The period of lactation (early or late) can be very important in the presentation of endogenous and ingested proteins in breast milk (Rajani et al, 2020). There is great variation in the amount of dietary protein and peptides that are absorbed and present in some mother’s milk normally at very low doses (Picariello et al, 2016).

Cow milk allergy (CMA) is often due to the presence of beta-lactoglobulin, which is different from human milk proteins. The cow milk proteins, including alpha-lactalbumin and caseins, are similar in protein amino acid sequence and structure between human and cow milk. Bird egg proteins form another early introduction food. These are high protein and calorie foods but are very different from human proteins. The major proteins in egg white, ovalbumin and ovomucoid, are dominant allergens for those who become sensitised and allergic since we lack close sequence identical proteins (Cooke and Sampson, 1997; Mine and Rupa, 2003). Eggs are often introduced into the infant diet early and there is some evidence that peptides from these proteins do enter human milk at low doses if the mother is consuming egg (Picariello et al, 2016).

Food allergy in adults can be markedly different from early infant allergies. Food allergy is not recognised well in countries like Egypt (Mohamed et al, 2021). Similarity to human proteins is not a guarantee of tolerance but probably reduces allergy by development of tolerogenic T-cells. However, differences from human proteins compared to allergens does not guarantee tolerance. Other factors including abundance and stability of a foreign protein to cooking and digestion in the stomach does indicate some increased risk of possible sensitisation or allergy (Sampson, 1997).

Peanuts are commonly consumed in many world areas as it is a high protein and high lipid (fat) food with good nutritional benefits. The same is true of chicken eggs. However, peanut and eggs are known as a top-tier allergenic foods in the United States, many European countries and Australia (Burgess et al, 2019).

Some clinical allergists in the United States and Europe recommended that parents with a history of allergic disease avoid feeding their infants peanuts until they are age four or older as they assumed the highly allergenic food would lead to more allergic consumers (Sampson, 2005). But in 20 years after that recommendation, the prevalence of allergy to peanuts has risen nearly four-fold in the United States (Burgess et al, 2019).

Food processing or other environmental factors, including the type of intestinal bacteria may impact sensitisation and allergy to foods. The prevalence of peanut allergy is very low in Southeast Asia, India and some countries in Africa that tend to boil peanuts before consumption (Sampath et al 2021). Studies in South Africa indicate that the prevalence of sensitisation and allergy to peanut is lower in both black and mixed-race children than in the United States (Gray et al, 2015). The low prevalence in South African maybe due to environmental factors, which differ across the country but have relatively low prevalence of allergy (Levine et al, 2020).

Most consumers depend on processed or packaged foods and those who are allergic depend on control of food ingredients and clear labelling to protect the relatively small number of people who are severely allergic, requiring epinephrine or risk possible death if they consume enough of their allergenic food (Taylor and Baumert, 2015).

Diagnosis of food allergy is a health concern of growing proportions

Rapid onset of symptoms within minutes to two hours for IgE mediated food allergy is frequent. Symptoms ranging from tingling in the mouth to angioedema, hives, vomiting, diarrhoea and asthma. There are other causes for each of those symptoms, but allergy is repeatable same food, same symptoms. The responsibility of labelling packaged foods is essential for food safety.

While there are claims in the popular press that genetically modified foods (GMOs) have increased food allergy, there is no scientific evidence to demonstrate that in over 26 years of consumption of GMOs. As climate change impacts food production and producers search for safe foods, the claims lead to unnecessary avoidance.

Those come from referral allergy groups that see many severely allergic subjects. Similar studies led the US FDA to require mandatory labelling of packaged foods in the United States if they contain proteins from milk, eggs, peanuts, tree nuts, crustacean shellfish, fish, soybeans and wheat. Ingredients must be labelled in plain English terms for the source being in the food based on a 2004 federal law. Similar allergenic sources are recognised in Europe but they include celeriac root, mustard and sesame seeds and lupine and EU Regulation 1169/2011.

Immediate allergic reactions are due to consumers having protein-specific IgE specific to two or more epitopes on dietary proteins. The lgE antibodies bind to proteins that sit on receptors on the surface of mast cells and basophils. When multiple proteins are bound by lgE in a short period of time, the cells to release histamine. Histamine causes serum to leak from capillary beds, swelling tissues and causing muscle constriction. Asthma, swollen lips and eyes, reduced blood pressure and vomiting or diarrhoea are likely.

The amount of specific IgE can be measured by laboratory tests that demonstrate specificity but lack functional tests required to demonstrate potential allergy. However, some people with severe reactions do not have specific IgE. They can have intestinal and stomach cramping, vomiting and diarrhoea because of T-cell, eosinophils and NK cell reactivity.

Non-IgE mediated allergy to cow milk proteins may be seen as intestinal enteropathy, enterocolitis or proctocolitis. Diagnosis is of non-IgE allergy is complicated (Venter et al, 2018). For both allergic types, avoidance of cow’s milk and other dairy products including baked goods with milk ingredients are essential to remain symptom-free.

Other food sources can also cause non-IgE mediated food allergy with similar symptoms. Bloody diarrhoea can occur in some subjects and the possible blood loss and lack of food intake means the patient needs to remove the dietary cause to recover (Venter et al, 2018).

At this time of global warming, increasing populations and increasing demands for high-value foods such as beef, shellfish and exotic fruits, we need to focus on science. In many cases, food production and availability can be increased by genetically modified crops that are less susceptible to insect pest pressure, bacterial and fungal diseases or are in areas of drought.

Developers are also producing food from new sources to meet our dietary needs. Misplaced concerns can block the introduction of foods from new sources like algae or fungi. Those products may be beneficial in reducing land use and input requirements for major protein sources of meat and milk. Miscommunication or inaccurate communication can also lead to consumer rejection of products that are demonstrated to be safe food sources.

Golden Rice is a nutritionally enhanced rice expressing high levels of beta-carotene due to insertion of two genes from common and safe food sources is now available and could help fight diseases (Datta et al, 2003).

Personal definitions of “good” and “bad” foods can get in the way of science. We need science to demonstrate safety and new foods from GM crops and novel foods to feed our growing populations in times of climate change and expanding urbanisation. Will African countries accept scientifically validated new food sources?