By way of an introduction, banana (Musa spp.) is one of the most common fruits worldwide. However, it is an important staple crop in the tropics and semi-tropics, providing food to more than 400 million people. They are grown in 136 countries with a global annual production of approximately 153 million tonnes (FAOSTAT, 2019). Bananas are mainly produced by smallholder farmers for household consumption and local or regional markets; only around 15% of production enters international markets.

Africa contributes about one-third of the global banana production. The Great Lakes region of Africa (GLA), including Kenya, Uganda, Tanzania, Rwanda, Burundi, and the eastern region of the Democratic Republic of Congo (DRC), is the largest banana-growing and consuming area with the most significant consumption at 220-460 kg per person annually. It provides 30%–60% of the daily per capita calorie intake in these countries.

Bananas are full of minerals, vitamins, and carbohydrates and are considered primary energy sources for millions of people in East Africa. About 55% of the total cultivated area for bananas across Africa is in the GLA region(FAOSTAT, 2019). Apart from a staple food, banana also provides income for the smallholder farmers.

Increasing the productivity and profitability of production are essential steps in achieving household and national food security. It is essential to drive down the real price of food in many countries to speed up economic progress, increase the sustainable management of natural resources, improve nutrition and health and reduce poverty. There is a critical need to close the yield gap of staple crops and increase food production to feed the world. Banana diseases and pests are significant constraints to banana production, creating a vast yield gap. In Africa, the banana is one of the main crops used for staple food and income. In the GLA, the emphasis on improving food should be on banana rather than cereal crops. The genetic improvement of bananas extends excellent prospects for enhancing food security as it supports more people per unit area of production than other staple crops (Tripathi et al., 2019a).

Since banana is a vegetatively propagated crop, its production is affected due to the build-up of several pests and pathogens, particularly where several co-exist (Tripathi et al., 2020). The most significant diseases are banana Xanthomonas wilt (BXW), Black Sigatoka, fusarium wilt, banana bunchy top disease, and banana streak disease and pests such as nematodes and weevils.

BXW, caused by Xanthomonas campestris pv. musacearum, is considered one of the most devastating limitations for the production of bananas in the GLA region of East Africa. The disease affects all cultivated varieties of bananas and its impact is huge and rapid. It has destroyed whole plantations in many of the affected areas (Figure 1). Overall, economic losses from BXW were estimated at $2 to $8 billion over a decade (Tripathi et al., 2009). BXW disease has affected the food security and income of smallholder farmers, who depend on the banana for their livelihood.

The use of disease-resistant varieties for many plants has been a productive and economically viable strategy for managing diseases. Yet, no source of resistance has been found against BXW in any cultivated banana varieties; only in the wild-type diploid banana progenitor “Musa balbisiana” exhibits resistance to this pathogen (Tripathi et al., 2019b). Transferring the disease resistance trait from wild-type bananas to farmer-preferred cultivars through conventional breeding is a lengthy and challenging process due to the sterility of most cultivars coupled with polyploid and the long generation times.

The lack of natural resistance to this bacterium and the difficulties of conventional breeding with this sterile crop favours the biotechnological applications. We developed transgenic bananas expressing the sweet pepper (Capsicum annuum) hypersensitive response-assisting protein (Hrap) or plant ferredoxin-like protein (Pflp) genes were developed and tested in the greenhouse and field conditions (Tripathi et al., 2010; Namukwaya et al., 2012). These transgenic bananas show enhanced resistance to BXW through successive crop cycles and have agronomic performance comparable to uninfected control non-transgenic bananas under confined field trials in Uganda (Figure 2) (Tripathi et al. 2014). The Pflp and Hrap genes enhance the hypersensitive response (HR) upon pathogen attack and provide resistance to bacterial pathogens. Since pathogens can evolve, and single gene-based disease resistance can break down quickly, we stacked the two genes (Hrap and Pflp) to enhance the trait durability of the product. The transgenic events expressing stacked (Hrap and Pflp) genes showed high resistance to the pathogen similar to the single gene events (Muwonge et al. 2016).

The potential allergenicity and toxicity of the Hrap and Pflp proteins expressed in the transgenic banana were evaluated based on published information on the source of the proteins, history of safe use, and comparison of the protein sequences with known allergens and toxins (NCBI Protein)]. That study did not find sequence identities to allergens or toxins for humans and further tests are not warranted (Jin et al., 2017). For overall banana suitability, additional tests are required to characterise nutrients in the bananas relative to untransformed bananas. A test of the stability of the two proteins was tested in the standard pepsin stability assay (Ofori-Anti et al., 2008). Additionally, an acute rodent toxicity assay may be required by national regulatory authorities in the target counties to confirm the safety of the Hrap and Pflp proteins. The impact of the transgenic banana expressing Hrap and Pflp proteins on non-target bacteria was investigated by 16S rRNA gene profiling combining amplicon sequencing and molecular fingerprinting (Nimusiima et al., 2015). The results indicated no consequences for non-target bacteria associated with transgenic bananas or in the soil in the field.

BXW disease is mainly managed by following phytosanitary practices, including cutting and burying infected plants, decapitating male buds, using clean farming tools, and restricting the movement of banana materials from BXW-affected areas. However, these practices are labour-intensive, leading to inconsistent adoption. The control of BXW disease by cultural practices reduces the effects of the banana disease, but it is unreliable when the farmers fail to comply with those recommendations. If BXW remains unmanaged, the food supply and farmer income will be disrupted, while accepting BXW resistant bananas will help maintain food security and improve smallholder farmers’ income in East Africa.

Commercialisation of BXW resistant once approved

The transgenic banana is currently under product development and will be ready for release to farmers in a few years. Predictions from impact analysis of transgenic banana indicate farmers would be willing to adopt the BXW-resistant transgenic banana when released and adoption from 21% to 70% is expected, possibly 100% (Ainembabazi et al., 2015). This study showed that if transgenic bananas are adopted in the GLA, both consumers and producers will benefit.

The commercialisation of transgenic crops in Africa faces continuous regulatory and public acceptance hurdles. Recent advances in gene-editing (GE) can accelerate banana breeding by making efficient and precise changes in the plant genome to develop disease resistance traits. CRISPR/Cas9 technology has become the most adapted genome editing tool for crop improvement because of its ability to create precise alterations in plant genome and multiplexing of traits. A CRISPR/Cas9-based gene-editing system for bananas has recently been established, targeting the knockout of the phytoene desaturase (PDS) as a visual marker gene (Ntui et al., 2020; Tripathi et al., 2019a). An efficient CRISPR/Cas9 tool developed for bananas has paved the path for developing disease-resistant varieties by knocking out single or multiple genes. The International Institute of Tropical Agriculture (IITA) is currently studying CRISPR/Cas9 mediated GE for controlling BXW by disrupting the function of disease-causing susceptibility (‘S’) genes, nutrient transporters, and/or negative regulators as a strategy to develop resistance to BXW disease.

Based on literature and comparative transcriptome analysis of the disease-resistant genotype Musa balbisiana and the highly susceptible banana cultivar Pisang Awak challenged with the bacterial pathogen, several susceptibility (‘S’) genes have been identified (Tripathi et al., 2019b). Editing these ‘S’ genes using CRISPR/ Cas9 technology could lead to the development of a second-generation of BXW resistant GE bananas with no foreign gene(s) insertion.

Gene-editing crops can potentially be released to the market without going through the same time-consuming regulatory process required for GM crops. The GE products with no

Authors would like to thank the United States Agency for International Development (USAID) and CGIAR Research Program on Root, Tuber and Banana (CRP-RTB) for financial support, Academia Sinica, Taiwan for providing gene constructs for BXW resistance and African Agricultural Technology Foundation (AATF) for negotiating license of Pflp and Hrap genes from Academia Sinica and for sublicensing the genes to IITA and our colleagues at IITA and NARO for their contributions. 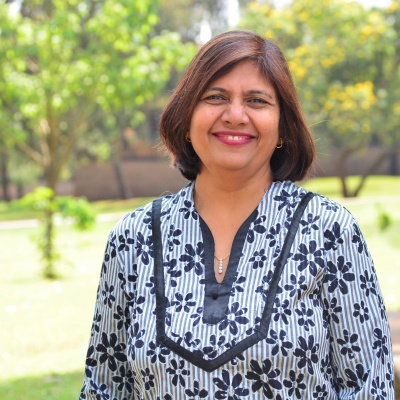 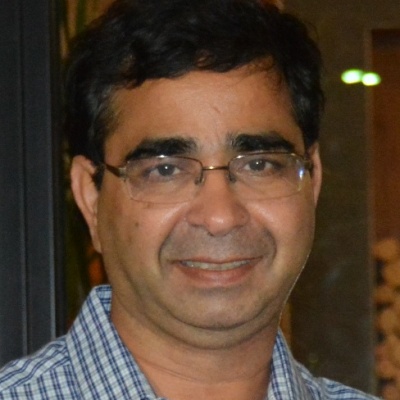