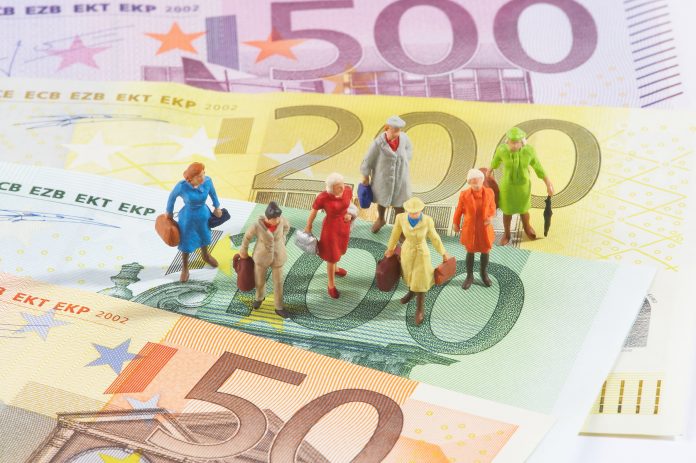 Women are noticeably underrepresented in many academic professions, with a distinct lack of women in economics – particularly in universities

Though Europe has attained better numbers than the US, the situation for women is still extremely difficult – especially in achieving senior positions at universities which are notably particularly strong in research.

Researchers, from Goethe University, used a web-scraping algorithm and found that there were general attitudes prevalent in respective societies which individually limited the number of women in economics on different continents.

The behaviour of men and women in economics can affect demographics

Overall, the study took data from 238 universities and business schools worldwide, with results from 34,000 individuals. Subsequent analysis revealed that in the US women hold only 20% of senior-level positions – professorships – while in Europe the figure is 27%.

Generally, the global average was only at 25%.

At entry level, 32% of positions in US-American institutions are held by women, in Europe 38%. Worldwide, the average is at 37%.

Professor Guido Friebel said: “We fed the algorithm with web addresses from universities, and from there it derived information on the number of professors and junior scholars.

“The classification by gender of the persons identified was done on the basis of names and a facial recognition software. To verify or correct the data we collected, we wrote to all the institutions. Almost all of them replied, and many deans commended us on this initiative, which was supported by the European Economic Association.”

However, despite European countries being slightly more successful in supporting women in economics, these results strongly depended upon Scandinavian countries which excel in gender equality.

Friebel, who was surprised at the US’s poor result, continued: “Once again, we have the Scandinavian countries to thank for the positive numbers, but also Spain, France and Italy.”

An additional surprise researchers found from the analysis was that junior women working at institutions with a particularly high research output were also far more at a disadvantage in the US than in Europe.

The causes demonstrated that there were different origins for the lack of women in economics, as shown in correlating the figures with existing statistics, which revealed a close connection with the general attitudes prevalent in the respective society.

For instance, the organisational culture of the respective university, institutional rules, but also the behaviour of men and women in economics were factors.

A lack of fairness when assessing male and female candidates

Analysing Germany, they founds that one reason for the underrepresentation of women in economics could be due to hiring. For instance, when a professorship becomes vacant and is advertised again, it is often dedicated to the same topic – and thus concedes to the research preferences of men.

Women are less likely to be involved in macroeconomics or economic theory than men but instead are more interested in development economics, health, labour and organisations – which are areas that should be strengthened anyway in view of the global situation and societal development.

Though this is better in the US – as professorships there are often not so narrowly defined in job adverts – women have still not yet benefited from this yet in their economic fields.

The researchers suggest that to increase the amount of women in economics, companies and jobs need to ensure fairness when assessing male and female candidates.

Additionally, mentoring programmes and gender parity in seminars and conferences can contribute to increasing women’s visibility and to reducing implicit prejudices when filling academic positions.