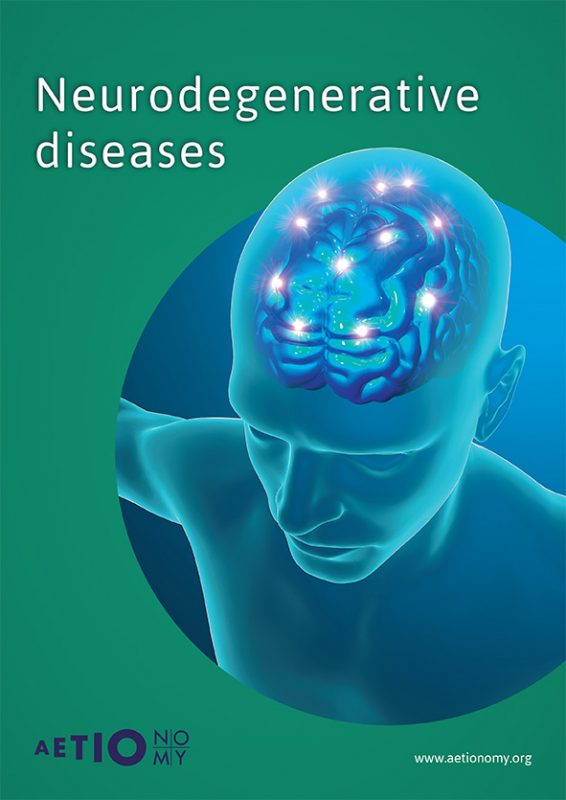 Neurodegenerative diseases are a growing global challenge as medical advances ensures more individuals live longer. By 2020 there will be more than 40 million individuals in the world with Alzheimer’s disease and by 2040, without the development of truly disease modifying drugs this will be more than 80 million. Similar trends are also seen for Parkinson’s disease. The annual treatment and social care of individuals with Neurodegenerative diseases is estimated to be more than $1 trillion by 2050, making it one of the most important socioeconomic challenges of this century. Discovering and developing disease modifying drugs i.e. those that prevent progression of the disease, has been very challenging with many programs failing. One of the reasons why the biopharmaceutical industry is having challenges in converting the emerging science in  these diseases is the way we classify them. This is referred to as the disease taxonomy.

The medical disease taxonomy is actually based on the work of William Farr in the 19th century. It has been refined since then as medical science has advanced, but it is still based on the signs and symptoms of the disease that the patients have when they see their doctor. This “phenotypic” based system has served us well for many decades but as it does not reflect the causes of the disease itself it is failing when used to develop treatments directed at the molecular causes of disease. The current phenotypic classification means that we cluster together individuals with the same symptoms even if the underlying cause of the disease is different and we separate individuals with the same underlying cause of their disease if the symptoms look different. This is resulting in patients getting treated with therapies where they have little or no potential to respond and similarly patients being denied treatments they would benefit from.

An indication as to the importance of this classification can be seen in 2 therapeutic areas where a more disease aetiological (causative) approach has been used. These are in antibiotics and cancer therapies. With regard to infection a movement from broad organ based classification e.g. pneumonia, UTI etc, to a pathogen based system e.g. Streptococcus, Klebsiella in the early and middle part of last century led to the development of treatments which could be based on treating the pathogens regardless of the organ that was affected. Similarly in oncology at present the latest personalised medicines which are transforming patients’ lives are based on the molecular cause of the disease rather than the organ or tissue the cancer is in.

The lack of detailed understanding of the causes of neurodegenerative diseases in individual patients and a corresponding classification system is significantly impacting the discovery and development of true disease modifying therapies.