The new budget proposes an intensive state intervention into supporting the job market, creating green infrastructure, and further stimulation of the economy. The government want the UK public to be comfortable spending their money as soon as possible, with an injection of money amounting to 1.4% of the country’s GDP. With the second wave expected soon, there is anticipation about how these measures will influence daily behaviour.

“Throughout this crisis I have never been the prisoner of ideology. For me, this has never just been a question of economics, but of values.

“Our plan has a clear goal: to protect, support and create jobs. It will give businesses the confidence to retain and hire. To create jobs in every part of our country. To give young people a better start. To give people everywhere the opportunity of a fresh start.”

The Government promises to pay employers £1000 per employee brought back from furlough, known as the Job Retention Bonus. The scheme will apply to employees who remain continuously employed until the end of January 2021. The furlough scheme is confirmed by Rishi Sunak to end on 31 October 2020.

Employees must earn above £520 pounds per month on average between 31 October and the end of January to be eligible for the scheme. The payments will be made from February 2021, with more details expected about how this will work at the end of the month.

The VAT rate on tourism and hospitality will be cut from 20% to 5%, from 15 July until 12 January 2021. In addition, the well-publicised Eat Out to Help Out scheme will see unfold over a period of 13 days in August, during which time the Government will give people 50% off meals in participating restaurants. The Guardian has a guide of where these offers are likely to happen as suggested by the Rishi Sunak mini-budget. Restaurants have to register for Eat Out to Help Out and can claim back the money within ‘five days’ of filing the claim.

Stamp duty has been scrapped on property sales up to £500,000 until 31 March 2021. In England and Northern Ireland nearly 9 out of 10 people getting on or moving up the property ladder will pay no Stamp Duty.

There will be £3 billion toward a green investment package, including £2 billion in grants for landlords and homeowners to improve energy efficiency of homes, up to £5,000 per household. The rest will go towards work improving the energy efficiency of public buildings. This includes a £2 billion Green Homes Grant, which will come into effect during 2020 to give homeowners vouchers for green improvements like insulation and inject the trade industry with viable work.

There is a proposed £2 billion to be put into a “kickstart” scheme, which will target 16-24 year olds. The scheme will create jobs for young adults, with the government promising subsidised wages for six-month work placements.

Businesses will receive £2000 per new apprentice they hire under the age of 25, in addition to the pre-existing system of £1000 per new 16-18 year old apprentices. Within this sum, will also be a £111 million investment to triple the scale of traineeships in 2020-21.

The Rishi Sunak mini-budget promises £1.5 billion for “hospital maintenance and upgrades”, as part of the building projects which are ‘shovel ready’. This will likely be directed at the hospitals which are in urgent need of upgrading their facilities, such as the Queen Elizabeth Hospital in King’s Lynn, which has publicly asked for a £250 million upgrade since before COVID-19. The Conservative manifesto promises 40 new hospitals over the space of 10 years.

“With no modification to the JRS, that dreaded October cliff-edge for businesses and workers has now been set in stone. Our fear is that the summer jobs loss tsunami we have been pleading with the government to avoid will now surely only gather pace.

“This was a statement by a chancellor preparing for mass unemployment because he knows that his promised new jobs are a long way off.

“The jobs retention bonus barely touches the sides of what needs to be done to support our strategic industries, which are looking enviously across the Channel at governments giving up to two years’ support to help businesses and workers get back on their feet.

“Where was the long-term and creative approach urgently needed to protect the jobs of Britain’s workers – such as short-time working – while we build back demand?

Richard Baker, CEO at GeoSpock, pointed out the need for cohesive thinking:

“There has been plenty of talk about levelling-up the economy. Now we need real tangible support to achieve this.

“The global economy is increasingly dependent on data and it’s becoming a critical part of national infrastructure projects. In particular, spatial data – information on location or geographical context – is key to bringing together disparate datasets and creating insights that allow us to spot new opportunities and tackle some of society’s biggest challenges. From creating smart cities to helping the UK meet its ambitions of achieving Net Zero by 2050, data has a fundamental role to play in building a competitive and sustainable economy.”

David Hannah, Founder and Principal Consultant of Cornerstone Tax, discusses how the government could help the market:

“Throughout other economic crises, stamp duty changes or relief have historically done very little to get the market moving again and there is no reason why it would help this time around either. It has been and still is a poor tool for managing market behaviour. With low-deposit mortgages almost disappearing altogether, people are having to assess their options, but there are some ways that I believe the government could help first steppers.

“To help these people get on the property ladder, government-backed purchase mortgage guarantees for borrowers would be a great way to reinstall confidence in the lending market. This could also help banks regain confidence in mortgage lending.”

Ben Dyer, CEO and co-Founder of Powered Now, commented on what this scheme will mean for small businesses:

“According to the Treasury, this scheme is set to support up to 100,000 jobs while helping the nation cut carbon emissions, delivering a win-win for all. At a time like this, tradespeople need as much support as possible and by kickstarting home improvements; this is almost certainly set to help.” 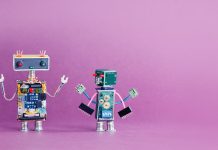 How can the Government respond to the fourth industrial revolution? 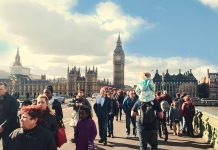 Lebanon blasts: When the diaspora steps in for the Government

Social value: How can the construction sector deliver a more tangible impact?