Excessive depletion of SOC pool is likely to degrade soil quality, reduce biomass productivity, and adversely impact water quality. Approximately 50% of the earth’s organic C in the form of cellulose, is synthesised via photosynthetic CO2 fixation and constitute the most abundant organic C pool in the biosphere. Cellulose is a high-molecular-weight, linear biopolymer composed of D-glucose residues linked by β-1,4-glucosidic bonds. Hydrolysis of these bonds yields mainly glucose as well as cellobiose made of two glucose residues. Cellulosic hydrolysis provides readily available C as an energy source for humans, animals, and microorganisms.

Despite its potential as a renewable energy source, energy released from cellulose has been a challenge due to its structure, existence with such materials as lignin, and hemicellulose, and complex hydrolysation into simple sugars.

Biogeochemical cycling of carbon is critical in sustaining soil health, agriculture, food security and eco-systems services. Carbon flow through soils depends on the efficiency with which plants and microbes use C residues as growth substrates. The proportion of total C made up of plant residues and particulate organic C is primarily impacted by the number of new organic materials added yearly to soils. Carbon exists in soils in various pools, ranging from freshly deposited plant residues to organo-complex stable structures adsorbed to clay and soil aggregates. Agriculture has the most impact on labile carbon pools, plant residues and particulate organic carbon, and humus fractions.

Microorganisms secrete various carbon enzymes to disassemble various organic C compounds. Cellulases (glucosidases and galactosidases) widely distributed in nature are responsible for catalyzing cellulose hydrolysis. They originate from different sources, which include plants, seaweeds, protozoa, fungi, bacteria, vertebrates, and invertebrates. They are specific in their hydrolytic reactions in soil organic C bio¬geochemical cycles processes. Reducing sugars which are biodegradation products of cellulose are end products in several soil enzymatic reactions. Understanding the processes associated with cellulose decomposition and identifying the factors involved are important in understanding the microbiological and biochemical changes associated with agricultural practices. Mfombep and Senwo (2012) characterized soil maltase activity using a glucose oxidase–peroxidase system. Maltase is involved in the exo-hydrolysis of 1,4-α-glucosidic linkages and certain oligosaccharides into glucose which is an important energy source for soil microbes.

Anthon and Barrett (2002) developed the 3-methyl-2-benzothiazolinone-hydrozone method for quantifying reducing sugars in pure systems. Other methods described to measure reducing sugars in soils include the use of glucose oxidase-peroxidase system (Benefield, 1971; Kapustka et al. 1981), Somogyi-Nelson procedure (Deng and Tabatabai 1994) and hexokinase-glucose-6-phosphate dehydrogenase enzymatic assay (Frey et al. 1999). The activity of β-glucosidase is considered an indicator for biomass turnover because it exhibits wide substrate specificity. Fungi, white rot fungi, mushroom, yeast, and moulds which are heterotrophic organisms secrete an array of enzymes to externally digest lignin and various biomass components.

Soil microbes use residue components as substrates for energy and as C sources in synthesising new cells. Cellulose is synthesised by all higher plants and a wide variety of other organisms, such as fungi, bacteria, invertebrates, and protists. The oxidation of organic compounds furnishes the microbial cells with energy, and the major product is CO2 which is released back to the atmosphere. Microbial respiration and C-mineralization are adequate indicators of microbial activity, dependent on substate availability and soil edaphic factors. The global emphasis on climate change, food security and defence has reawakened significant interest in microbial associations with soil organic carbon.

There is a strong interlink between soil health, agriculture, climate change, food security and soil organic carbon pools. The demand for information for SOC in the framework of soil health, agriculture, food security, and climate change has increased tremendously over time. Soil organic C is an important indicator of soil organic matter, which enhances agriculture’s sustainability, food solutions, natural resources, and biodiversity. SOC has been identified as a global indicator for monitoring soil health and productivity. Ensuring secure and adequate food supplies is a primary responsibility of governments and a core interest of the scientific community.

Unlocking SOC potential could bring about enormous benefits to soil health and agricultural productivity. Organic C should be considered in assessing programs that support and enhance the long-term use of valuable soil resources. Managing soil carbon and improving its usage efficiency is paramount in developing better strategies to contribute to global food solutions. Relationships among carbon enzymes are important given their significant roles in C biogeochemical cycles in nature. SOC will contribute to increased levels of atmospheric carbon dioxide. Getting C back to the land is a natural remedy for climate change and soil health.

There is surmountable evidence in support of the earth’s climate rapidly changing in response to continuous inputs of CO2 and various greenhouse gases (GHGs) to the atmosphere because of anthropogenic activities (IPCC 2007). There is the need to develop or identify policy options relevant to soil and SOC to encourage adopting practices to optimise SOC sequestration and stabilisation within climate change agendas. Impacts of land and soil management on SOC or processes that increase SOC, need continual examination. 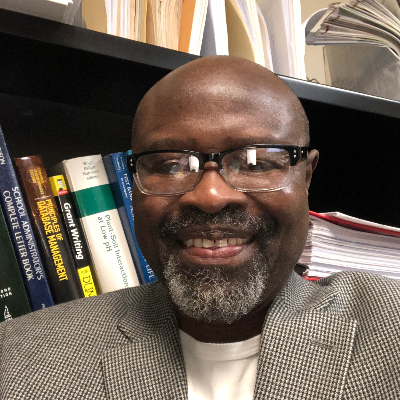