Despite being among the top 20 biggest polluters of 2020, the UK is the second most prepared country to reach net zero emissions by 2050

A study by Utility Bidder finds that the UK actually ranks second globally in its ability to achieve its net zero emissions target, with the top achiever first being Norway.

Surprisingly, despite acting as one of the world’s largest gas and oil exporters, Norway is considered best prepared to reach net-zero by 2050.

Using data on the UK’s generation of electricity through fossil fuels and through renewables to find how ready the country is to reach net zero emissions by 2050; they found the UK has a legally binding net-zero target and new interim targets to reduce emissions by 78% by 2035.

Sweden, coming in third, is an international advocate for climate policy, green energy, and technology. While it is ‘highly ambitious’, the country is still heavily relying on agricultural exports and imports which adds significantly to their overall emissions.

The countries that are best prepared to reach net zero emissions:

Looking more closely at the UK’s electricity production, they also find that the UK generates close to equal amounts of electricity from fossil fuels and renewable energy sources – which has helped it attain its second-place ranking.

However, despite the UK being a relatively small country, it emitted 0.33 billion tonnes of CO₂ in 2020, placing it within the top 20 biggest polluters of 2020 also.

What do other countries who are lower on the list emit?

The countries emitting the most amount of CO₂ were:

China is the country which emits the most CO₂ in the world. China added the largest amount of energy storage capacity last year, adding 1.6 GW.

Additionally, Russia was found to be the biggest exporter of natural gas, having exported the highest volume of natural gas over 2020, 199,928 mcm.

Globally, coal is still the world’s main source of generating energy: 36% of the world’s electricity every year. 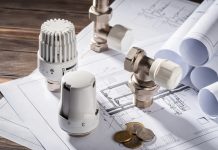 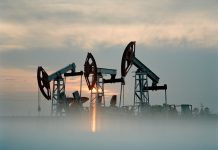