Data suggests that only 7% of US schools in poorer, ethnic minority populations will open fully this Autumn – policy-makers are struggling between access to education and protection from infection

US schools in poor districts with large non-white student populations are less likely to reopen fully this academic year, according to a new study published in the peer-reviewed Journal of School Choice.

“For example, studies from multiple countries around the globe have identified a strong link between air pollution and higher rates of COVID-19-related deaths. BIPOC communities are exposed to significantly more polluted air than other communities, even when socioeconomic status is comparable.”

The data suggests race and deprivation are significant factors influencing education decisions during the pandemic. The findings are based on an analysis during August of back-to-the-classroom plans from every US state and 120 of the largest school districts. Just 13% of the most disadvantaged education areas intend to offer face-to-face lessons this fall. The picture is similar for those serving a high number of non-white students, with fewer than one in ten (7%) reopening campuses.

The figures compare with more than two-thirds overall of the largest school districts who intend to restrict options to remote learning. This is in the 2020 to 2021 academic year.

The authors say possible explanations include the disproportionate impact the virus has had on people of color. People of colour are also more likely to be frontline workers and “place less trust in the government’s response to the pandemic.”

However, the pandemic is resulting in more learning choices for the majority of children which may or may not transform the public school system, according to the study.

“The disruption caused by the pandemic represents a crossroads for public education in the United States,” says lead author David Marshall, from Auburn University.

“Parents may emerge from this moment more empowered than before and be ready to take greater responsibility over their children’s education. Or they may find themselves weary of the stress caused by the pandemic and ready for a return to what they were accustomed to prior to this disruption.”

The disruption further impacts crucial development, as found by Scientists from the University of Konstanz and Thurgau University of Teacher Education:

“Children’s competence to form social relations outside their family, especially with peers, undergoes substantial developmental changes during early childhood. These changes can be seen on the behavioural, cognitive, emotional, and social level.

The academic team are now calling for further research in several areas, including how students fare academically under the various modalities employed, and whether these academic outcomes – or mental, physical, and social health outcomes – vary according to racial and demographic characteristics.

Limitations, the authors state, of this current research include that the reopening of America’s schools in the fall of 2020 is a “very fluid event”.

“It is highly possible that districts that made one decision as of August 21, 2020 will choose differently before the school year begins, or that individual states’ plans will have shifted since our review,” they add. 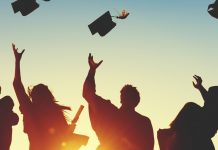