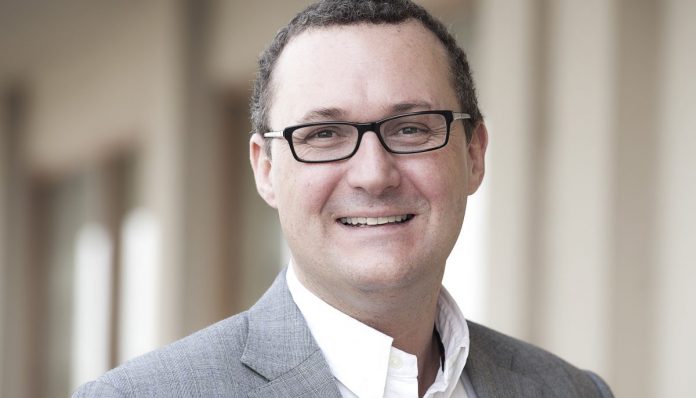 Dr Mark Britnell, Chairman and Partner of the Global Health Practice at KPMG answers AG’s questions about the impact of an ageing society on the economy and NHS services…

As populations grow and get older and more complex, there is an ever growing pressure on healthcare budgets and services. In the UK there are around 11.4 million people aged 65 or over. Over a third of the total population in the UK is 50 years plus – 23.2 million, and 14.9 million aged 60 and over. This means there are now more people in the UK aged 60 and over than there are under 18. By 2030, the number of people aged 60 or over is expected to pass the 20 million mark. The proportion of people aged 65 plus will rise from 17.7% to 23.5% in 2034. 1

Chairman and Partner of the Global Health Practice at KPMG, Dr Mark Britnell tells AG what he believes are the main challenges facing the healthcare sector in the UK, and how an ageing population could affect this.

What are the main challenges facing the healthcare sector in the UK?

In many ways, the underlying pressures on the UK’s health service are no different to the challenges facing other developed countries. Our population is getting older and more complex to treat, care is getting more expensive and health workers more in demand, a lot of care is wasteful but we find it hard to separate what’s ineffective from effective at scale.

The UK has a very efficient health service – we pay a lot less than many of our neighbours, yet our outcomes are for the most part just as good. The NHS is facing 10 years of flat funding while demand rises, and it’s very difficult to achieve efficient savings of 3-4% year on year over that kind of period. I haven’t seen it done in any other country. Of course, as the economy grows again, one would expect some of the proceeds of growth to be re-invested in the NHS.

Are we prepared for an ageing society?

No, but very few countries are. Ageing is the kind of long-term challenge that politicians find very difficult to rally the required momentum and urgency for. It’s not as immediate a concern as a hospital going into deficit, or a care quality scandal, or junior doctors going on strike. It lies at the heart of many of these things, but leaders are too often consumed by the tyranny of the present. Research among board members that I talk about in my book shows that in other industries leaders are twice as likely to be focussed on short-term operational challenges than preparing for long-term planning, but that in healthcare leaders are 3 times as likely to perform this way. That said, we saw Japan in 2000 make a politically brave decision to introduce a new social insurance policy for aged care, and this seems to have worked.

How does an ageing society have an impact on the economy?

The economic challenges of ageing societies are well documented, in particular the ratio of working age people to those who have retired. In 1950 there were 12 people aged 15-64 for every one over 65. That figure is around 8 today and will be 4 by 2050. That’s an incredible shift and one that has profound implications in terms of who is contributing to health insurance (whether that’s public or private) and who is drawing on it.

That said, people are often slow to recognise the economic opportunity of an ageing society. The extra 600 million over 60s we’re going to see between now and 2030 are going to demand all manner of new goods and services. Merrill Lynch has estimated the ‘silver economy’ to be worth some $15tn by 2020 (from $8tn in 2010), and forward-looking companies are already starting to focus on what baby boomers are going to want in their later years – especially in Asia.

Are there lessons to be learnt from Europe and the systems they are already using to be more prepared?

In my book I highlight Germany – which now has the world’s lowest birth rate – as having designed a very careful and consistent package of reforms for long term care. I particularly admire the way that patients can now opt to pay family members to care for them as an alternative to professionals.

Really, however, it’s some of the Asian nations that are leading the way in responding to ageing. Japan in particular has made bold decisions, like the introduction of a 1% income tax for over 40s to pay for a new system of national aged care insurance. It is also innovating, for example by allowing non-health sectors to be part of the solution, in what I call a ‘whole of society’ response to healthy ageing. The national postal service in Japan has been recruited to train its postmen to look in on older people while they do their rounds. I also admire Singapore’s blend of individual responsibility with state guarantees. They have just announced significant tax breaks for people that live with or near their elderly parents – a smart way of creating a less institutional approach to care.

What role can technology play to improve services and access to care?

Technology – in particular mobile phones and wearable monitors – will have a profound impact on how healthcare is delivered to older people. The consumer health market is currently dominated by fitness fanatics and the worried well, but is at the cusp of becoming mainstream for those chronically ill patients who really stand to benefit. The benefits come from an efficiency and quality perspective – we can predict illness better, reach people faster and motivate them to manage their own treatment.

However, we shouldn’t lose sight of the fact that human trust and contact are the foundation for all good care. Devices and algorithms should be used to support, not restrict that.

Does a perfect health system exist?

No, but there are elements of excellence in many countries that we can draw on. In my book I highlight 12 components of particular nations that, were they woven together, would give something close to perfection:

– The values and universal healthcare of the UK;

– The primary care of Israel;

– The community services of Brazil;

– The mental health and wellbeing of Australia;

– The health promotion of the Nordic countries;

– The patient and community empowerment in parts of Africa;

– The research and development of the United States;

– The innovation, flair and speed of India;

– The information, communication and technology of Singapore;

– The choice of France;

– The funding of Switzerland;

– The aged care of Japan.

Ultimately, though, the most important thing I’ve learned from my work in 60 countries over the last 6 years is that we all have something to teach and something to learn.

*Mark Britnell is chairman of KPMG’s Global Health Practice and author of ‘In Search of the Perfect Health System’, published by Palgrave Macmillan

Chairman and Partner of the Global Health Practice