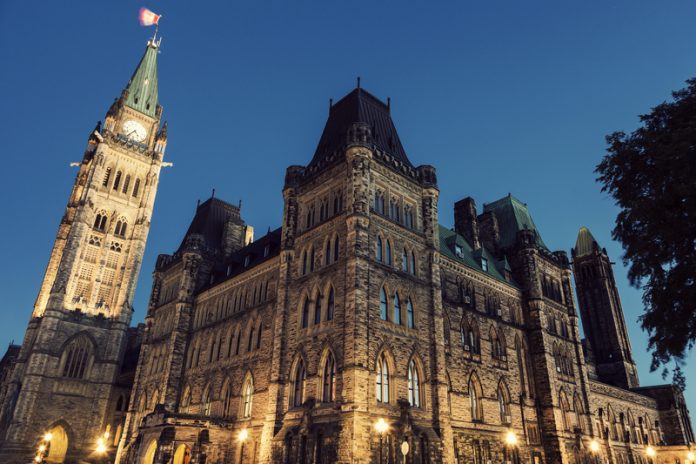 The Honourable Mélanie Joly is not only the Member of Parliament (MP) for Ahuntsic- Cartierville in Canada, but she is also Minister of Canadian Heritage. Her main responsibilities, under this ministerial portfolio, are arts and culturalism, official languages plus the media and multi-culturalism.

In terms of the Minister’s background, Joly is a lawyer by training, and as such, she has worked for major law firms in Montreal before moving into the world of communications as associate director of the Montreal office for an international communications agency, Cohn & Wolfe.

Joly is the founder of the Real Change for Montreal party and has run for Mayor of Montreal. On this interesting note, she finished the race as runner-up with 26.5% of the vote and 8 councillors elected under the banner of her party.

The Minister has a firm belief in the importance of community involvement, and as such, she has served on numerous boards of directors, including the CHUM Foundation and the Musée d’art contemporain de Montréal. Joly also co-founded the think tank Génération d’idées, targeted at youth.

Minister Joly’s leadership has been recognised on many occasions, including the time when in 2008, she was chosen as Woman of the Year in the Emerging category by Elle Québec. In addition, she became the first Quebec personality to be awarded the Arnold Edinborough Award for her involvement in the cultural community, back in 2010.

Looking at some of the Minister’s activities this year, one interesting example is when on behalf of the Honourable Navdeep Bains, Minister of Innovation, Science and Economic Development, Joly announced significant investment into helping equip young Quebecers with quality post-secondary education, to help them achieve their goals.

The Minister was pleased to announce that The Government of Canada is investing $840,000 in a project at Collège André-Grasset in Montréal. The funding aims to help institution give the students there the training they need for high-paying middle-class jobs.

Due to the investments made in Quebec, students, professors and researchers will enjoy working in state-of-the-art facilities that will assist with the aim of advancing Canada’s research. Joly revealed her own thoughts on the joint investment being made by the government, along with Collège André-Grasset and other partners.

“We know that strategic investments in jobs and innovation help our communities grow and prosper. I am proud that our government is investing to help students in Ahuntsic-Cartierville gain the skills they need to land good, well-paying jobs. Through the Post- Secondary Institutions Strategic Investment Fund, we are strengthening the foundation of Canada’s middle-class and working to make the country a global centre for innovation.” (2)

In other news, we learn that for the second consecutive year, Joly announced a grant of $1,003,530 to enable 300 students from her constituency to find a summer job. Around 100 public sector employers, non-profit organisations and small businesses applied for funding through the Canada Summer Jobs program.

In summary, Canada Summer Jobs is a part of the Government of Canada’s Youth Employment Strategy, which aims to assist young people, especially those encountering challenges in the employment sector. It also helps young people to learn and acquire skills that will facilitate their integration into the world of work.

Joly said: “I am especially proud to assist Ahuntsic-Cartierville small businesses and organisations invest in our youth by providing them with the opportunity to expand their knowledge and to acquire significant experience for their career path.” (3)

It is also worth mentioning The Ahuntsic-Cartierville’s Constituency Youth Council (CYC), who gathered together for the first time in February this year. At this meeting, 6 youths met with Joly to discuss issues such as social media, Canadian culture, economic growth in the Chabanel area, as well as community development. (4)

In June, CYC met for the second time at Joly’s constituency office where the mood was an upbeat one. The young counsellors were particularly enthusiastic to have the chance to discuss with the Minister several issues, that impact upon their everyday lives. Tax evasion, the legalisation of marijuana, Canada-US diplomatic relations (including the imminent NAFTA negotiations) and future of Canadian content in the digital age were among the topics covered.

In short, the aim of the CYC is to educate and expand the knowledge of young leaders in Ahuntsic-Cartierville concerning the federal government, as well as to provide their MP with the opportunity to understand and consult on issues that are important to them. Through the examples in this article, it is clear that Joly is very enthusiastic to push forward youth issues and to help this group of people into the world of work.