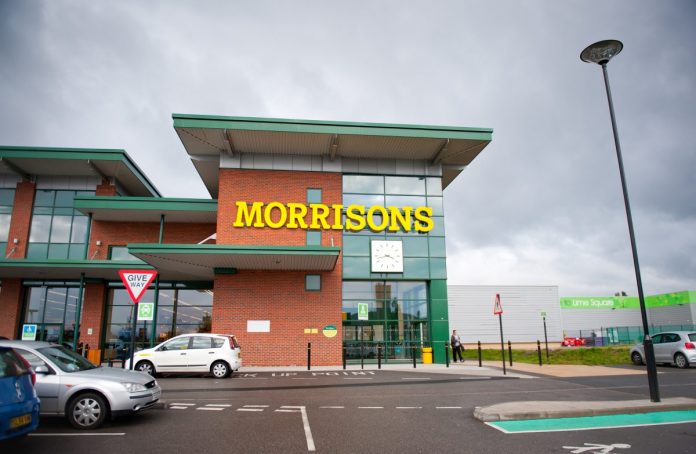 Supermarket chain Morrisons has announced like-for-like sales fell by 2.9 per cent in the three months to May…

The big supermarket chains in the UK seem to be in some trouble. Morrisons is the latest casualty to suffer a fall in sales, following Sainsbury’s announcement earlier this week.

The fourth-largest supermarket chain reported it had closed more stores than it opened in the first quarter of 2015.

Furthermore, like-for-like sales fell by 2.9 per cent in the three months to 3 May, excluding fuel. This performance was worse than the previous quarter, which saw sales drop 2.6 per cent.

The news impacted shares, which saw them drop six per cent in early trading.

It is thought the fall in sales shows a wider problem in the sector, which has suffered due to stiff competition from discount chains such as Aldi and Lidl.

Tesco and Sainsbury’s both reported losses due to a downward revaluation of how much their properties were worth. Earlier this week Sainsbury’s reported significant profit losses, its first full-year loss for 10 years.

David Potts took over as chief executive of Morrison on 16 March, replacing Dalton Philips. This report is the first interim management statement since he took over.

He said: “My initial impressions from my first seven weeks are of a business eager to listen to customers and improve.”

A full assessment of the business is currently underway and would be published in its half-year results in September. The firm said it anticipated underlying pre-tax profits would be higher in the second half of the financial year.

Morrisons reported in March underlying full-year profits had more than halved to £345m. This represented its worst result in eight years.

It also reported a statutory loss of £792m after it took into account £1.3bn write down in the value of its supermarkets.

It also has plans to cut 720 jobs at its head office in Bradford. “Simplifying” the head office would cost the company £30-£40m this year.