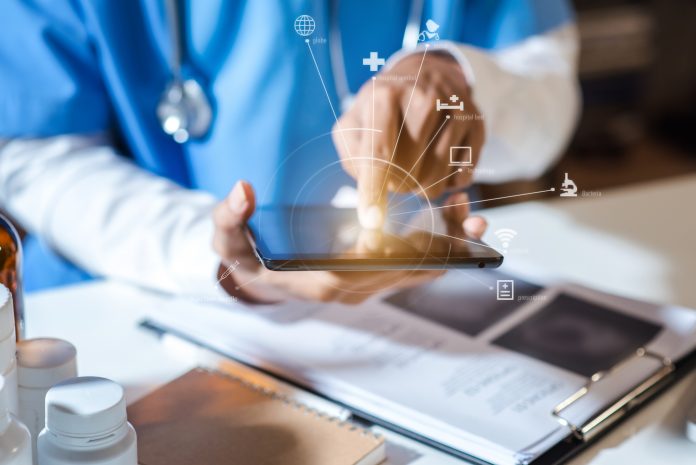 Too often, discharging from hospital is an inefficient process that is burden- some for health and social care alike. But at Scottish Borders Health and Social Care Partnership, a software system has made the manual electronic – freeing up staff time and improving patient care.

At Strata Health, we’ve spent two decades solely working to improve patient flow and ensure efficient journeys through the health and care system. Our journey with a new client always begins in the same way: asking where we can most effectively make a difference. For Scottish Borders Health and Social Care Partnership, the answer was with delayed transfers of care.

“We looked at all of our big & wicked issues, our biggest problems, and at that time it was about delayed discharges,” remembers Rob McCul- loch-Graham, the Organisation’s Chief Officer.

“But there are many sides to that journey. You’ve got the professionals within the hospital, who have taken the patient to a stage where they’re well enough to leave the hospital, but there’s nothing in place for them to go to. So they’re unsafe in that position.”

The idea of our Strata platform is that it makes it much easier to match patient need to capacity. Traditionally, staff may need to make multiple phone calls to multiple services when a patient is ready to be discharged from hospital – trying to understand if a service is suitable for an individual and, importantly, if there is capacity.

But with Strata Health, everything becomes electronic. Staff can simply log onto the system to get a sense of all available local services, understand where there is capacity, and make a referral at a click of a button.

“What the system, the processes, helped us with is identifying where’s the capacity, who’s got a package of care that is being delivered in some- one’s home, is there a company that can provide that, is it provided by the council, is there an availability of that? Strata’s able to identify that and it does it live,” says Rob.

“We know instantly, right, we’ve got that, that’s available, so we can book into the service, and the transfer is going to happen. The hospital is then satisfied that they’ve covered off all of the safety aspects. Whereas previously what happened, we’d have to make a myriad of phone calls. We had a room full of people on phones, phoning up umpteen different companies to try and find a solution for the 20, 30, 40 people that were stuck in hospital.

“You just think of all the industry that’s behind that, and the mistakes that can happen, and the delays. So here we have a system that does all that for you. And those staff that were locked with their ear against a phone are off doing what they should be doing, proper social work, and doing all of the other stuff that the complicated system from preventing them is doing.”

Rob goes as far as to describe this as “manna from heaven”. We know, though, that introducing Strata does represent a major change. Part of our success is that we take time to forge partnerships with our customers and to really understand their needs and concerns.

“We had to convince people,” explains Rob. “I’m Chief Officer, I’ve met Clint, I’ve gone through the systems, I’m sold. But nobody else is sold at that stage. And you’ve got to go on that journey of actually making sure people are confident in the system.

“We’ve got to convince so many people that this is the right way to go: ‘You have to stop doing this and do that.’ And that’s really quite difficult for folk. Particularly when they know what they’re doing is not the best but it’s what they have always done.

“We have got this vision that we can do this better, but you need to stop doing this, you need to do that jump. And that’s a faith jump that they need to embrace. We must provide evidence behind that to allow them to make that jump, to feel safe to be able to do that.

“And I think the relationship with Strata helped us do it. We could experiment, we could explore, we could say, right, OK, we’re going to get this wrong first time, that’s fine, let’s find the solution together and we can move forward from that.”

Our team at Strata knows it takes time to build that trust. In theory, what we are doing is a fairly straightforward process: we’re trying to move patients through a system, where there is a sender and a receiver. Some of those sending and receiving processes can be quite detailed, but if you agree with all parties what the processes are, you can then underpin that best practice with our software. That reduces variation and variability, and you can replicate it time and time again, setting benchmarks and building on best practice.

Getting there, though, means bringing teams from health and social care together, several times, to agree to change how they have done things – and agree on the best new way to approach referral processes.

“Strata had the patience to work that through and to have those difficult conversations, and for some people not to have the faith, or not to be able to make that jump. We were given enough time to be able to do that, to explore with them,” says Rob. “It took us a few years to actually mainstream this.”

Now, however, Rob says that Strata is simply business as usual. “It’s core. It can’t go away anymore. It’s not short term; it’s not a trial anymore, it’s not a pilot anymore, this is core business for us. And we’re now expanding it and using what we’ve learned so far and moving it into other areas based on the success we’ve already had with it.” 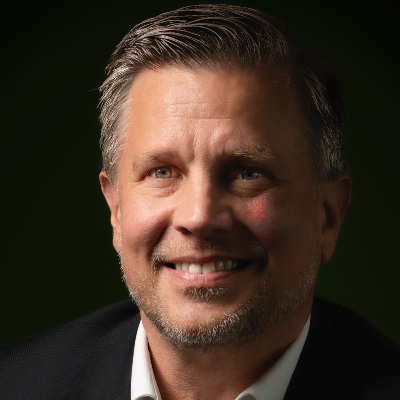