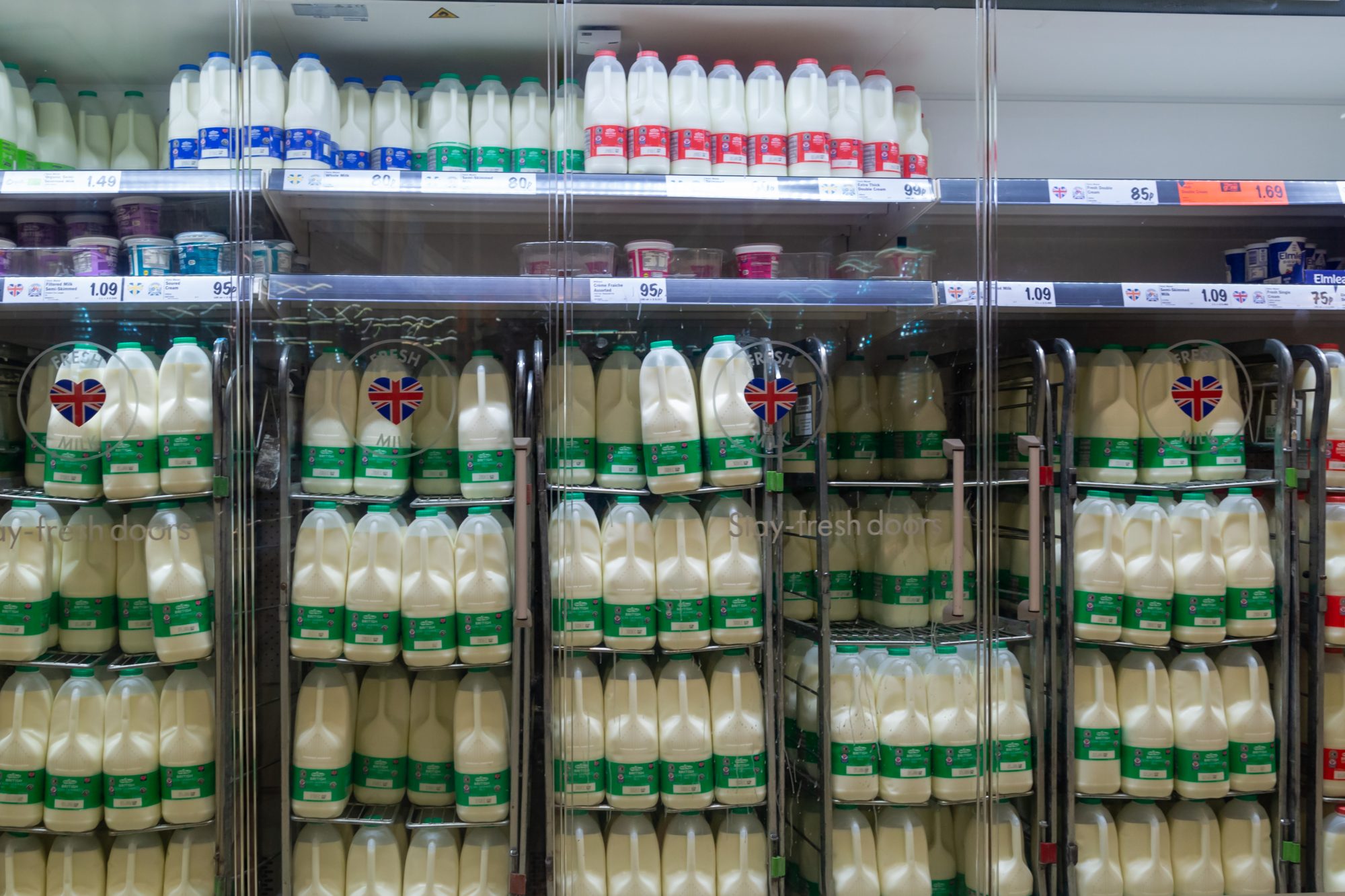 Famine and disease were the catalysts for the evolution of lactose tolerance in Europe, and explain why others are lactose intolerant

Thousands of years before humans had evolved to digest milk properly, prehistoric people in Europe were consuming milk. How does this make sense?

The research, published in Nature, mapped pre-historic patterns of dairy consumption over the last 9,000 years in order to better understand this phenomenon.

The ground-breaking research provides new insights into milk consumption and the evolution of lactose tolerance in Europe.

It was thought that humans evolved to possessing lactose tolerance to consume more milk and dairy products, but research from the University of Bristol and University College London (UCL) is suggesting differently.

The universities, alongside collaborators from 20 other countries, put lactose tolerance in Europe down to famine and exposure to infectious diseases.

Two-thirds of adults have some degree of lactose intolerance

Most European adults have evolved to consume milk and other dairy products without discomfort.

Milk contains lactose, which is a unique sugar. Lactose must be properly digested otherwise it will travel to the large intestine and can cause cramps, diarrhoea, and flatulence; known as lactose intolerance.

Nowadays, lactose intolerance in the UK is rare.

Is lactose tolerance a result of natural selection?

Professor George Davey Smith, Director of the MRC Integrative Epidemiology Unit at the University of Bristol and a co-author of the study, said: “To digest lactose we need to produce the enzyme lactase in our gut. Almost all babies produce lactase, but in the majority of people globally, that production declines rapidly between weaning and adolescence.

“However, a genetic trait called lactase persistence has evolved multiple times over the last 10,000 years and spread in various milk-drinking populations in Europe, central and southern Asia, the Middle East and Africa. Today, around one-third of adults in the world are lactase persistent.”

Patterns of milk use over the last 9,000 years were mapped by the scientists. Probing the UK Biobank, and combining ancient DNA, radiocarbon, and archaeological data using new computer modelling techniques, the team were able to show that lactase persistence genetic trait was not common until around 1,000 BC. This was nearly 4,000 years after it was first detected in around 4,700–4,600 BC.

“The lactase persistence genetic variant was pushed to high frequency by some sort of turbocharged natural selection. The problem is, such strong natural selection is hard to explain,” adds Professor Mark Thomas, Professor of Evolutionary Genetics and study co-author from University College London.

Professor Richard Evershed assembled an unprecedented database of nearly 7,000 organic animal fat residues from 13,181 fragments of pottery from 554 archaeological sites to find out where and when people were consuming milk.

He discovered that milk was used extensively in European prehistory. The earliest record of milk consumption dated back to the earliest farming nearly 9,000 years ago, but increased and decreased in different regions at different times.

The team assembled a database of the presence or absence of the lactase persistence genetic variant using published ancient DNA sequences from more than 1,700 prehistoric European and Asian individuals.

It was first noted around 5,000 years ago and 3,000 years ago it was becoming more frequent. Today, lactose tolerance is very common.

The next step for his team was to develop a new statistical approach to examine how well changes in milk use through time explain the natural selection for lactase persistence.

There was no relationship found. This challenged the long-held view that the extent of milk use drove lactase persistence evolution.

Lactose intolerance used to be deadly

Professor Davey Smith added: “Our findings show milk use was widespread in Europe for at least 9,000 years, and healthy humans, even those who are not lactase persistent, could happily consume milk without getting ill.  However, drinking milk in lactase non-persistent individuals does lead to a high concentration of lactose in the intestine, which can draw fluid into the colon, and dehydration can result when this is combined with diarrhoeal disease”.

“If you are healthy and lactase non-persistent, and you drink lots of milk, you may experience some discomfort, but you not going to die of it.

“However, if you are severely malnourished and have diarrhoea, then you’ve got life-threatening problems. When their crops failed, prehistoric people would have been more likely to consume unfermented high-lactose milk – exactly when they shouldn’t.”

When tested, the lactase persistence gene variant was under stronger natural selection when there were indications of more famine and more pathogens.

The authors concluded: “Our study demonstrates how, in later prehistory, as populations and settlement sizes grew, human health would have been increasingly impacted by poor sanitation and increasing diarrhoeal diseases, especially those of animal origin. Under these conditions consuming milk would have resulted in increasing death rates, with individuals lacking lactase persistence being especially vulnerable.

“This situation would have been further exacerbated under famine conditions when disease and malnutrition rates are increased. This would lead to individuals who did not carry a copy of the lactase persistence gene variant being more likely to die before or during their reproductive years, which would push the population prevalence of lactase persistence up.

“It seems the same factors that influence human mortality today drove the evolution of this amazing gene through prehistory.”