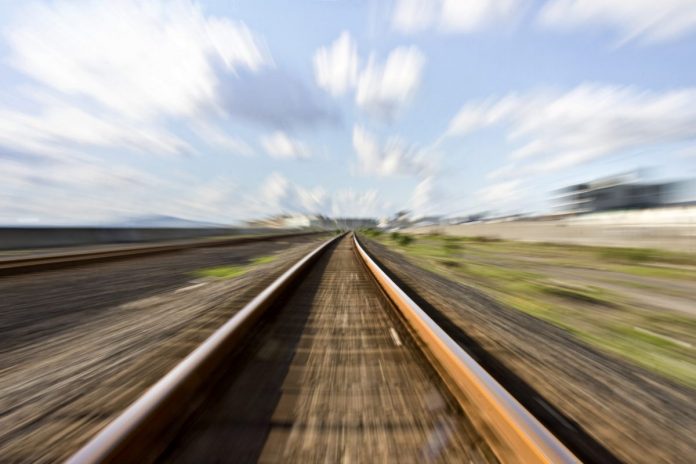 Since it was first discussed, the high-speed (HS2) rail link between London and the north has been met with controversy. The pros and cons of the scheme have been debated endlessly, with the for and against camps remaining stalwart in their views.

HS2 would undoubtedly benefit transportation between the north and south of England. It would greatly reduce journey times between London, Birmingham, and Manchester and would connect the nation’s cities more efficiently.

The first phase of the rail line will span between London and Birmingham and will open in 2026. It will be followed by a section to Manchester and Yorkshire. HS2 is expected to reduce journey times between Birmingham and London from 81 minutes to 59.

However, a new report from the House of Lords Economic Affairs Committee has called into question the cost of the scheme, stating the government has no convincing case for spending £50bn.

Furthermore, the committee report said the arguments put forward by the government in favour of HS2 such as increasing capacity and rebuilding the economy had yet to be proven.

Additionally, Chairman of the committee Lord Hollick said the government had not looked at more effective, alternative methods of improving transport between the north and south.

“The Government have not carried out a proper assessment of whether alternative ways of increasing capacity are more cost-effective than HS2,” he said.

“In terms of rebalancing, London is likely to be the main beneficiary from HS2. Investment in improving rail links in the North of England might deliver much greater economic benefit at a fraction of the cost.”

Committee member and Labour peer Lord McFall said the committee was not against the HS2 scheme, but said more investigation needed to occur before spending a significant amount of money.

“We’re against the government initiating public projects at £50bn without adequate assessment against their objectives,” he explained.

“Can you imagine going forward with a project of this magnitude without a national transport strategy?

“If we’re going to rebalance the economy, then we must have a fundamental appraisal of the impact in the North, and that hasn’t taken place to date.”

Lord Hollick said the Department for Transport (DfT) needed to provide more detailed answers to the questions put forward by the committee.

“Parliament should not approve the enabling legislation that will allow HS2 work to begin until we have satisfactory answers to these key questions,” he said.

A spokesperson for the DfT said HS2 would have a “transformational effect”.

He said: “It is a vital part of the government’s long-term economic plan, strongly supported by Northern and Midland cities, alongside our plans for better east-west rail links confirmed in the Northern Transport Strategy last week.

“Demand for long distance rail travel has doubled in the past 15 years… it is crucial we press ahead with delivering HS2 on time and budget and we remain on track to start construction in 2017.”

It is not the first time the plan to extend the high-speed rail network into the north has been met with uncertainty and scepticism. In January, a report published by the Commons Public Accounts Committee accused ministers of lacking a “clear strategic plan for the rail network”.

Furthermore, MPs said they did not know if HS2 would deliver the value for money being promised by the government.

Michael Dugher, the shadow transport secretary, said that while his party supported the rail scheme the government needed to give the public confidence in the investment.

CBI Director for Business Environment Rhian Kelly said the economic impact of the rail service would be worth the investment.

She said: “HS2 will better connect eight of our 10 biggest cities, boosting local economies along and beyond the route together with complementary road and rail investment. It’s vital we avoid any further delays to the project.”