In the early 1990s, the Central Weather Bureau (CWB) in Taiwan began to develop modern operations for earthquake monitoring in the country. At that time, hundreds of seismic stations were built. While the 1999 Magnitude 7.3 Chichi earthquake struck in Taiwan, the quake information was automatically determined and sent to dedicated users by email and pager in 102 seconds after the occurrence. The information was very important for emergency response, and the performance of rapid reporting was a milestone of earthquake monitoring in the world.

Until now, efforts for the last 20 years to improve earthquake monitoring capabilities have been constantly made. The main accomplishments include the modernisation of seismic instruments and improvement of monitoring operations. For seismic instruments, three major seismic networks are now in operation. These networks are the Central Weather Bureau Seismographic Network (CWBSN), the Taiwan Strong Motion Instrumentation Program network (TSMIP), and the Taiwan Geophysical Network for Seismology (TGNS). Due to the stable working of networks and processing of data, types of valuable seismic datasets are well maintained. Meanwhile, crucial operations for hazard mitigation are developed and operated.

Through daily acquisitions and operations, the CWB has maintained a complete earthquake catalogue consisting of more than 670,000 events. The data are not only utilised to understand the seismic activities, but the seismotectonic around the Taiwan region can also be researched in detail. Besides, more than 225,000 strong-motion records in about 28,000 strong events, particularly a number of fault rupture records, are collected. These data were widely applied to the research of strong-motion seismology and earthquake engineering.

An earthquake is one of the most threatening natural disasters that can occur in Taiwan today. To provide effective information of strong earthquakes, three rapid reporting systems are now operating. While a notable earthquake occurred at or very near Taiwan, the earthquake early warning (EEW) system can acquire the information and issue the warning message, on average, in about 15 seconds. Then, the general public can be notified through the message from Internet applications, Cell Broadcast (CB) on mobile device, TV, and so forth. About five minutes later, an official report is generated by the earthquake report releasing system. A quickly confirmed earthquake report is crucial for the emergent responses of society, and meanwhile, reduces social panic effectively. Besides, more detailed and observed seismic intensities around strong shaking areas could be quickly provided by the township intensity reporting system. Consequently, the reporting capability of felt earthquake information for seismic hazard mitigation is effectively strengthened.

Although there will be no possibility to put earthquake prediction into practical operation in the near future, in cooperation with experienced scholars, the CWB will pay attention to earthquake precursory studies and aims to gain further understanding into the mechanism of earthquake occurrence. Until now, various precursor methods have been developed and tested. According to the lead time of earthquake occurrence, earthquake precursors are categorised into the medium-term precursor with about six months of lead time, and the short-term one from hours to ten days. Fig.1 and Fig.2 show the real observation results of the 6th February 2016 M6.6 Meinong earthquake which occurred in the southern part of Taiwan. At present, some precursors were actually observed before earthquakes occurred. However, in most cases, the methods implemented did not work effectively. The precursors were only found in less than 20% of strong earthquakes. Thus, there is still a long road ahead in the field of earthquake prediction.

Progressive measures for improving the capabilities of earthquake monitoring are in the planning stage at CWB and there are three main perspectives proposed. First, we will keep strengthening the infrastructure of the existing seismic network. More real-time stations will be implemented to increase station density. Hence, the processing time could be shortened, the accuracy of focal determination could be enhanced, and eventually, the performance of the EEW for the public against hazards could be effectively improved.

Furthermore, based on a large amount of geophysical data, the CWB will constantly conduct research on earthquake precursors. Some new technologies of data mining, such as deep learning in artificial intelligence (AI), could be applied to assess the feasibility of predicting. The ultimate goal is to establish a practical operation to conduct precursory observation and cautionary measures in Taiwan.

The third objective is to promote applications of seismic data on seismological research and seismic hazard mitigations. To meet this target, the CWB is planning to build an advanced data management system in the near future. The most valuable data in the database will be released and such an approach can easily be achieved worldwide. Consequently, with the cooperation of domestic and international experts, a variety of seismic-related issues in Taiwan tend to be solved effectively. 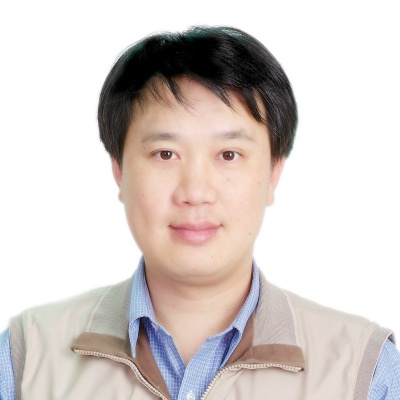