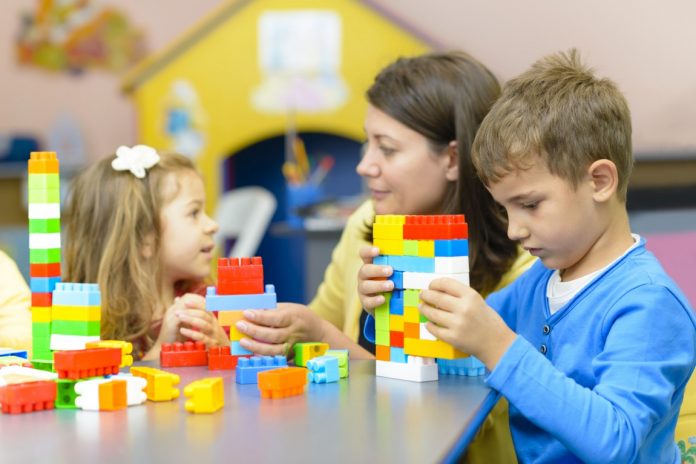 A teaching union has warned that government plans to increase free childcare provision to 30 hours a week could threaten nursery schools across England. The new funding formula, aimed at delivering a key manifesto pledge, was announced by Education Secretary Justine Greening in August.

However, the National Association of Head Teachers (NAHT) claims that hundreds of pre-schools will not be able to cope financially following the end of a planned two-year package of taxpayer support.

Free care for three and four year olds will rise from 15 to 30 hours per week in term time as of next year, with ministers arguing that the extra funding will provide stability for nursery schools.

400 maintained nursery schools in England offer early years education to three and four year olds. The majority are located in the most deprived areas of the country, but 99% are rated as good or outstanding.

An analysis carried out by the NAHT and charity Early Education shows that local authority areas with the highest number of nurseries – such as Birmingham, Lancashire and Hertfordshire – will see huge cuts in funding if the proposal to double the current 15 hours of free provision is introduced.

Nursery schools in Lancashire would see a decrease of £3.62 per hour, and in Durham £2.52 less funding an hour would be available.

“The Department for Education’s [DfE] own data shows that any funding approach that does not reflect these costs on an ongoing basis will be a body blow for early years education in nursery schools,” said NAHT general secretary Russell Hobby.

“There is additional funding available, but only for two years. After that point, England’s nursery schools will cease to be financially viable. The 30 hours offer will be doomed before it even gets started, additional places won’t materialise and current places will be lost as nursery schools across England close their doors for good.

“In contrast to grammar schools, high-quality nursery education is a proven method of helping the most disadvantaged families. It is inexplicable that a government serious about social mobility would focus on one at the expense of the other.”

The NAHT claims come on the final day of a government consultation on early years funding and the 30 hours of free care in term time.

“This extra funding will provide stability for nursery schools, which make a valuable contribution to improving the lives of some of our most disadvantaged children,” said a DfE spokeswoman, who said the proposals for supplementary funding would be for at least two years. “The funding is part of our record investment in early years – £6bn per year by 2020.

“We will be consulting with the maintained nursery schools’ sector on future funding in due course.”