As early as the 1960’s police departments were envisioning ways to harness data and put it to work to improve policing. But no one could have imagined then the sheer volume, velocity and variety of digital data that would be available today. The size of the digital data universe is doubling two years with technological innovations – body-worn cameras, license plate readers, in-car cameras, surveillance cameras, gunshot detection, drones, internet-connected devices, cell phones, and social media – creating more data every day.

The data overload is coming at a time when departments are also bracing for budget cuts. Data has become a culprit of inefficiency, slowing down everyone in its path – from officers and records managers to investigators who need to access, manage, share, and make sense of it, to prosecutors who need to act on it. Considering people comprise an estimated 80 to 95% of police budgets, the only way to drive efficiency up is to cut down on the manual processes involved in managing data.

The problem of inefficient, manual processes

A recent survey conducted by NICE has confirmed that manual processes associated with data are a major concern for police. 66% of respondents acknowledged “driving around to collect CCTV video from homes and businesses” and “copying and burning CDs and DVDs” as the most time-consuming aspects of the criminal investigation process. In addition to this, all survey respondents reported having to log into and work in a large number of data silos and systems which impacted the speed and accuracy of investigations.

Digital transformation empowers everyone across the criminal justice continuum, from officers to prosecution, to work more efficiently and effectively. For example, a digital evidence management system (DEMS) provides a one-stop-shop for gathering evidence – which means an investigator doesn’t have to spend time logging on to individual systems, or travelling to different locations to manually collect evidence to build a case.

Using a data correlation engine, the technology can also search across all connected systems for potentially relevant case evidence and present it to an investigator, who can then add it to his case folder. Investigators can also add media files to a timeline, visualize them, and synchronously play them back. This could include CCTV video from different sources and in different formats, body-worn video, in-car video, 911 audio or radio recordings, even videos and photos taken on citizen smartphones. Videos are also automatically transcoded to a playable format, while the original media files are retained intact.

DEMS also makes it easy to gather evidence from citizens. For example, investigators can create a community appeal for any active investigation in seconds. The department can post the appeal and secure link to its website or social channels. Citizens simply click on the link to submit their videos, photos and tips. The process retains valuable metadata, including time/date and location, and content is automatically virus-checked before it’s uploaded to the cloud. Investigators are alerted each time new case evidence appears for their cases, so they can immediately review it and act on it.

DEMS’ virtual case folders also simplify the sharing of evidence. Instead of copying evidence, investigators can securely and electronically share virtual case folders with prosecutors, simply by emailing a secure link. The system automatically tracks who accessed which files and when to protect evidence integrity.

Investing in digital transformation during the current climate may seem counter-intuitive, but it could also help police departments leverage data to their advantage while creating operational efficiencies, cutting costs and closing budget gaps. Experience shows that every dollar spent on digital transformation can return ten dollars back in officer productivity.

Police forces in the UK have made great strides in this area. In 2016, the Association of Police and Crime Commissioners (APCC), the National Police Chiefs’ Council (NPCC) and other community partners came together to establish the Policing Vision 2025. The Vision set out priorities for policing reform and provided United Kingdom forces with a digital transformation roadmap.

As the thin blue line gets thinner in many areas of the world, embracing digital transformation is a must. 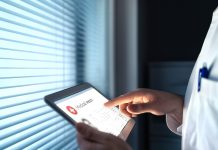 How virtual outpatient care can transform the NHS 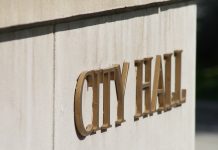 Digital records management: what does it mean for local government? 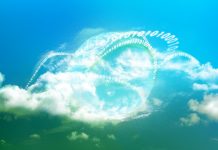 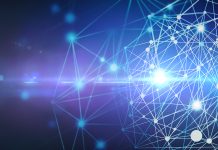 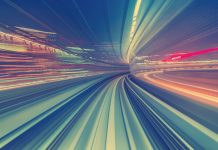 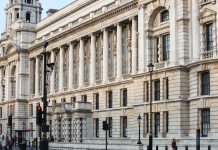