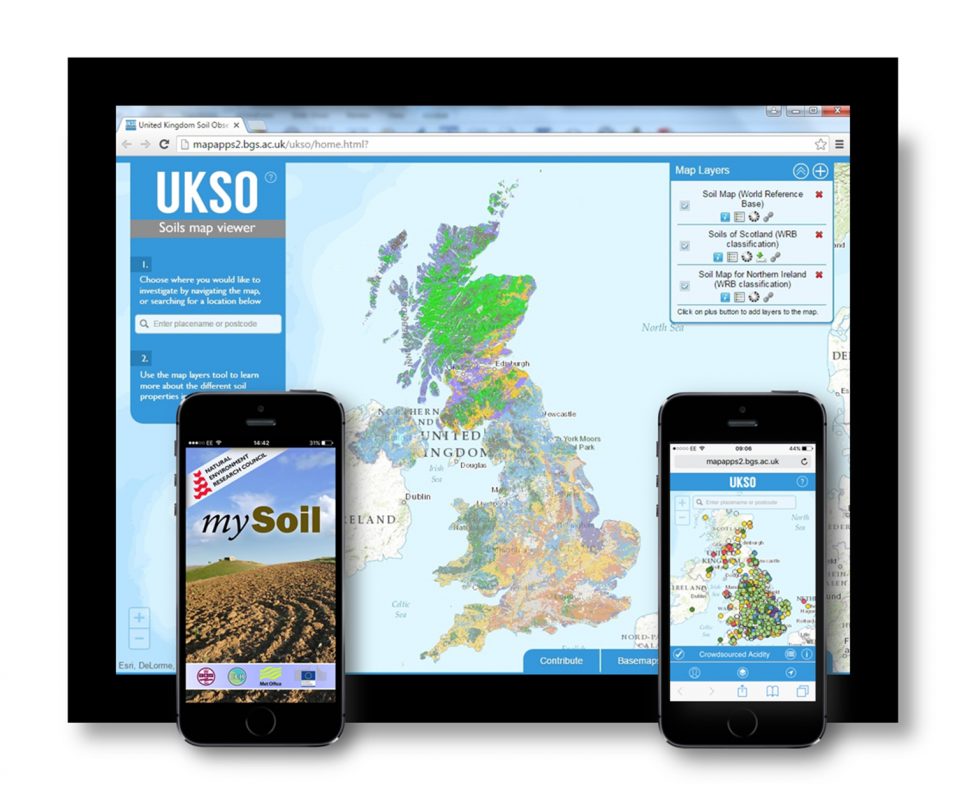 Dr Andrew Tye, Soil Scientist & Process Geochemist at the British Geological Survey looks at soil management and how it can help ensure sustainability for future generations.

Society in the past has generally payed scant regard to its soils. However, as global population increases, pressures on the land we use to feed and house ourselves become greater. In recent years the role soils play in nearly every aspect of our lives becomes more apparent and the need to consider their sustainability becomes a key issue for policy and decision makers. Functions of soils include supporting food and fibre production (including biomass), holding and filtering water, holding and transforming chemicals, sustaining biodiversity and genetic resources and providing a platform for construction. Yet soils are a finite resource; it takes up to 1000 years to produce 2.5cm of top soil through the process of rock weathering. Therefore the management of soils to ensure their sustainability for future generations is of utmost importance.

Making decisions regarding soil management requires an appreciation of the function required from the soil as well as understanding how a soil’s properties relate to this function. Many soil properties are related to the rock type from which the soil has been formed. Decisions relating to the sustainable management of soil require both data but also a sense of scale. As with so many things in life, a development in one area can lead to fresh problems being created. This is also true of soils but can have large impacts. For example, modern agricultural techniques, particularly involving large and heavy equipment have been used successfully to increase food production in the UK, but have also damaged the physical structure of our soils. This has led to poor drainage properties, which has been suggested, was a contributory factor to recent floods in some areas of the country. This demonstrates that for successful sustainable management, soils need to be considered from the pore to landscape or catchment scale. This requires good quality data upon which to base decisions.

The UK has significant datasets that can contribute to many aspects of sustainable soils management. These datasets range from soil maps which classify soil types and how they change at a range of scales (1:250000 – 1:10000), soil parent material maps which link soils to geology as well as datasets of soil properties, geo hazards and geochemistry. Much of this information is available via the NERC funded UK Soils Observatory that is hosted by the British Geological Survey (BGS). This site holds soils data from a range of Institutions including the BGS, Forest Research, the Centre of Ecology and Hydrology, Cranfield University, Rothamsted Research, Agri Food and Biosciences Institute, and the James Hutton Institute as well as Higher Education Establishments. The information in the UKSO brings national soil data together and makes it accessible in line with government policy. A key aim is that policy makers, scientists and engineers will develop new collaborations, and use this data to understand how future development and environmental change may affect a soils ability to sustain the diverse functions we require of it. Using this data will also allow predictive modelling of society’s impacts on soils on the wider landscape.

The objective of the UKSO is to give simple, free access to data for non-profit making use and to facilitate its licensing for commercial use for wealth creation. The UKSO project will acquire new data, harmonise licensing and develop accessibility software to ensure data interoperability to improve the clarity and ease-of-use of our national and regional soil data resources. For example data can be viewed through the UKSO map viewer , which can work with any desktop, laptop, tablet or mobile device with web access. In addition, the UKSO project works alongside the mySoil smartphone app, which enables UK and European soil information to be examined in the palm of a hand, and crowd-sources soil data from around the world.