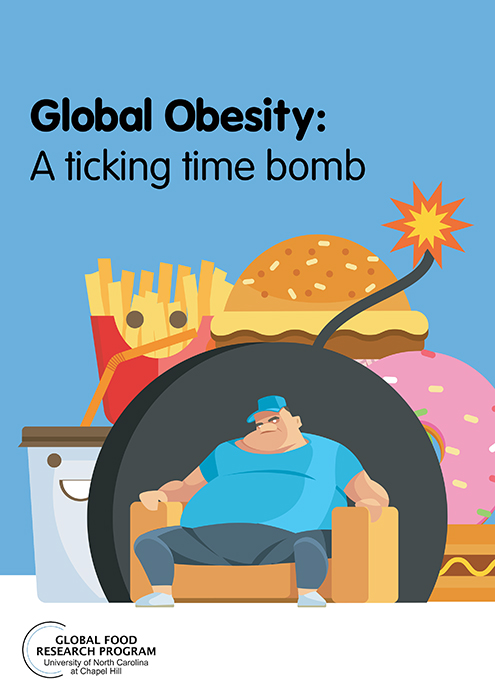 Did you know that there has been an increase in sugar for all diets?

This is not a pattern limited to higher-income countries, but happening globally. Over 60% of packaged foods include added sugar. At this point, it is genuinely easier to consume excess sugar than to avoid it.

Obesity is a global public health concern that only increases, with 30-80% of adults in most countries classifying as overweight or obese.

Popkin developed Nutrition Transition, the theory of an evolution of human access to food, which contains five stages. The final stage involves legislation and global government interventions, which could be where we find ourselves now. Here, he fully outlines this theory and presents a guideline for how to apply it to achieve meaningful legislative intervention to global obesity.

Working with the Mexican government and the National Institute of Public Health in 2006, Popkin’s research contributed to the creation of sugar taxes. Houses with the least income changed their behaviour the most, with a 17% reduction in purchase of sugary drinks in 2014. These measures were even adopted by 35 other countries. He explains the evidence that proved the need for legislation and more necessary insider perspectives from such an active, essential field of research.

Popkin and UNC attended two Bellagio conferences on global obesity. He was instrumental at the 2001 conference, where he gathered academic evidence on obesity to help create the global response by the World Health Organisation (WHO). The WHO response is one that is continuously used in several countries.

If you’re curious about the work undertaken by Popkin and the UNC, such as how their work in China and Chile changed laws and perspectives, then we have the answers for you.