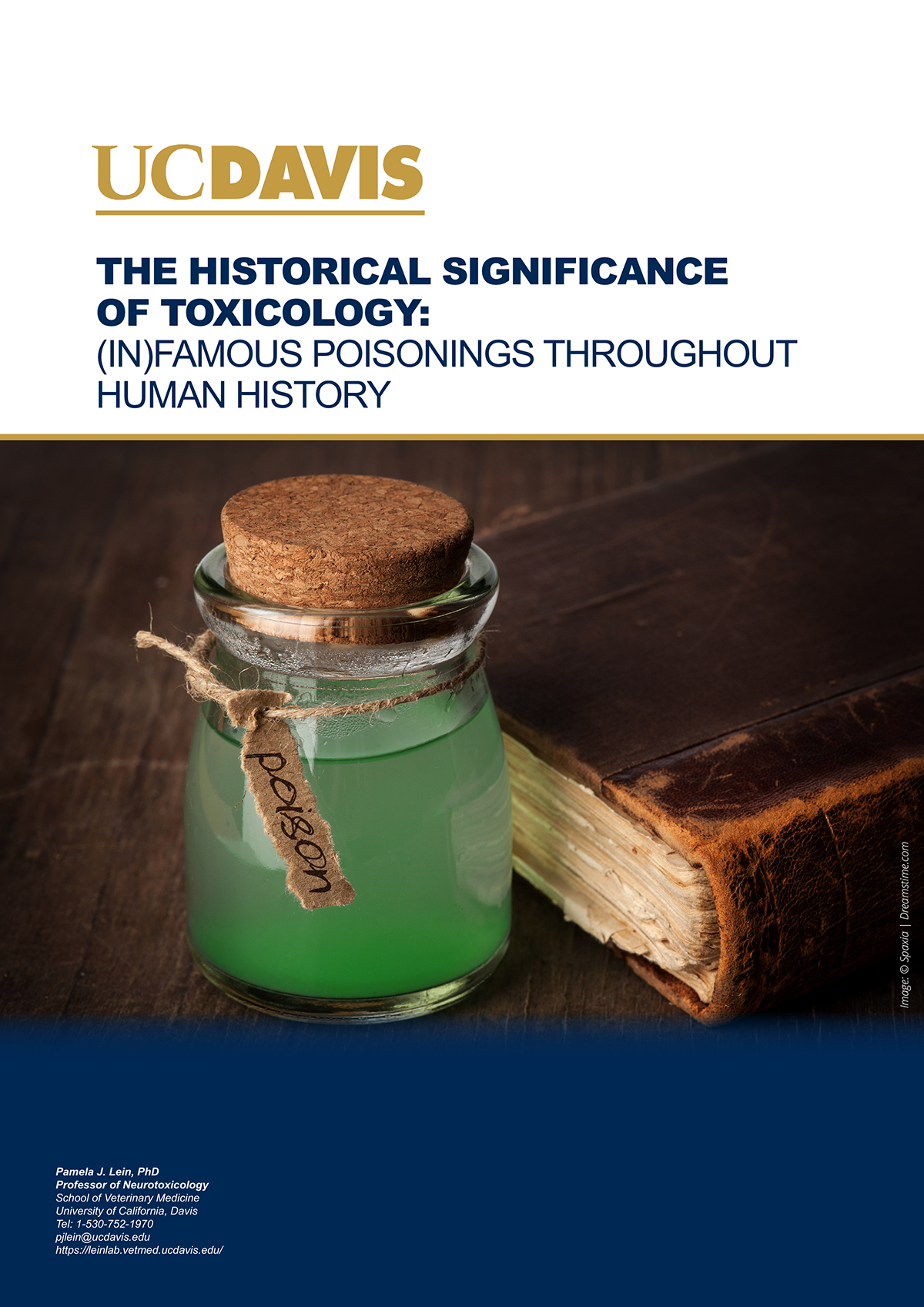 Poisons have also been wielded as tools of assassination or intimidation in quests for political and/or financial gain and crimes of passion. Here, we provide a brief review of (in)famous poisonings from ancient to modern human history

Poisons have figured prominently throughout human history, with recorded evidence of domestic poisonings as early as 331 BC, and frequent references to poisoning in the Bible, Shakespeare’s works, and fairy tales or myths of diverse cultures. For centuries, hunters and warriors dipped arrow tips into poisons to paralyze prey or enemies, a practice that continues in modern history amongst some Aboriginal populations. 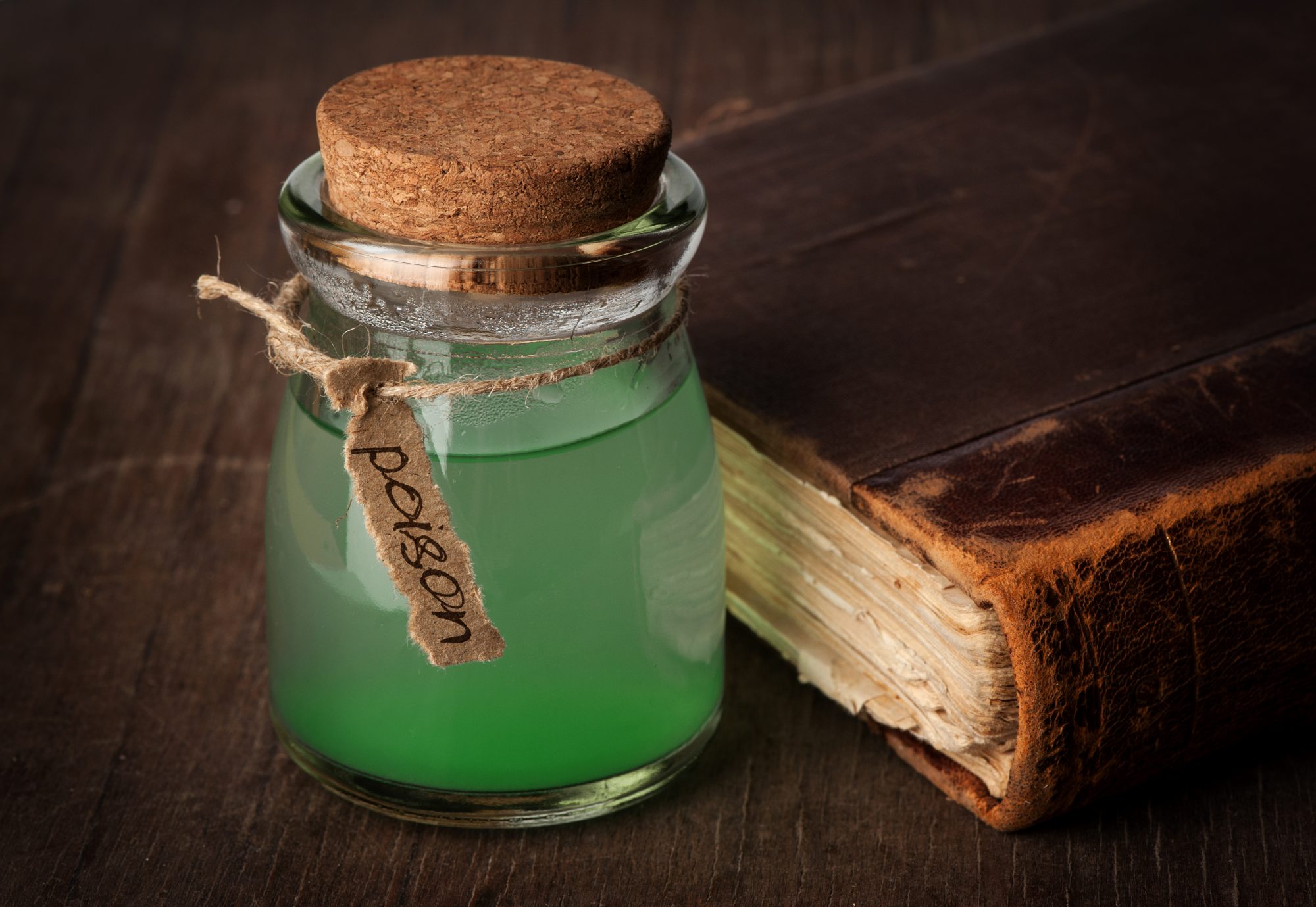 The death of Hercules is a classic story of using poison to commit a crime of passion. Hercules’ second wife, Deianira, suspected him of having an affair. Deianira tricked Hercules into wearing a shirt stained with blood from Nessus, the centaur that Hercules shot with an arrow poisoned with the venom of the Lernean Hydra, a water serpent. The poison-tainted blood caused Hercules such unbearable pain that he threw himself onto a funeral pyre and died. Metaphorically, the “Robe of Nessus” has come to mean an inescapable destructive force or misfortune. The Robe of Nessus is referenced in the Shakespeare play ‘Antony and Cleopatra’ following Mark Antony’s loss in the Battle of Actium, and it appears in many examples of contemporary literature. In real life, a conspirator in the failed assassination attempt of Hitler acknowledged the likely consequences following the revelation of his role in the assassination plot, saying “None of us can complain about our deaths. Everyone who joined our circle put on the ‘Robe of Nessus’”.

Poisonings feature prominently in the history of early Western civilization, Some poisoning cases, such as the death of Socrates, have had far-reaching societal impacts. Socrates was a well-known, albeit controversial, ancient Greek philosopher whose teachings significantly influenced Western values of reasoning, logic, truth, and knowledge. His teachings were disparaged by some of his students, including Plato, who himself became an influential philosopher. Socrates was widely disliked for his criticism of democracy and regular condemnation of Athens’s authority and worship of the Greek gods. This led to state charges of impiety and corruption of youth (students), for which Socrates was convicted and sentenced to death. While our knowledge of Socrates and his death is primarily derived from Plato’s writings, and therefore potentially biased, it is recorded that Socrates died of self-poisoning with hemlock when faced with the choice of life-long exile or death. His decision to die for his beliefs ensured Socrates was not lost to history as a criminal but rather that his teachings lived on to influence the thinking of many future generations.

Dictators of this era were fascinated by poisons, particularly those not readily detected because of lack of colour, odour and/or taste. Mithridates VI Eupator was a ruthless dictator of the Hellenistic Kingdom of Pontus who was obsessed with poisons. Mithridates was formidable in his efforts to dismantle the Roman Republic’s hold on Asia Minor and the Black Sea region. It is documented that one of his conquests resulted in the deaths of up to 150,000 Romans in a single day. Such acts made him a much-despised ruler and the target of numerous assassination attempts. Seeking to protect himself against assassination, Mithridates is said to have used prisoners as research subjects to study the effects of toxins known at that time. According to legend, he developed a universal antidote known as mithridate that protected against all toxins. The Roman naturalist, Pliny the Elder, reported that Mithridates administered a chewable tablet to himself daily that contained a mixture of approximately 50 different additives that were ground into a powder and mixed with honey. While a matter of continued debate, it is theorized that the minuscule amounts of poisons like arsenic and venoms in the tablet effectively immunized his body against deadly quantities of these toxins. Ironically, following repeated losses to the Roman Empire and an invasion by Pompey the Great that forced him to flee into the Caucasus Mountains, Mithridates attempted suicide by self-poisoning. Unfortunately, his lifelong immunization with mithridate prevented his death, so he ultimately died by the blade of a sword at the hands of his most trusted bodyguard after watching his daughters, who had also ingested the poison, perish. Mithridates became known as “The Poison King”, and his Antidotum Mithridaticum is thought to have been used for the next 1,900 years.

Perhaps the most widely studied poisoning is the intoxication of the Roman Empire by lead. Although the exact role lead had in the fall of the Roman Empire remains a matter of scientific contention, there is consensus that the widespread use of lead in Roman products resulted in the exposure of much of the Roman population to intoxicating levels. Because lead was cheap, durable, and malleable, it was used extensively in water conduits, cooking utensils, and leaded crystal, while lead acetate was used as a sweetener in place of more expensive options like sugar. Many Roman emperors and wealthy Roman citizens who lived between 30 BC and 220 AD were documented to have a preference for foods that would have been tainted with high lead levels, and coincidentally, several Roman emperors, including Claudius, and members of Roman high society were described as exhibiting symptoms consistent with lead poisoning in adults, such as mood disorders, impaired memory, slurred speech, headaches, and reproductive disorders. Lead poisoning in children is associated with developmental delays, fatigue, abdominal pain, vomiting, and irritability, and these clinical signs were documented in the medical literature from the Roman Empire. The hypothesis that leads poisoning contributed to the decline of Roman civilization was originally introduced in a 1909 paper by Rudolf Kobert that was further elaborated upon by Jerome Nriagu in an article published in the New England Journal of Medicine in 1983. Since Kobert’s paper, historians and scientists have hotly debated to what degree lead poisoning was responsible for the fall of the Roman Empire, with one scientist, John Scarborough, calling lead poisoning a “‘historical myth’ that had been dreamed up by someone conducting sloppy research”. Although archaeological studies are still ongoing, there is general consensus in the field that lead poisoning had a significant adverse effect on the Roman Empire. 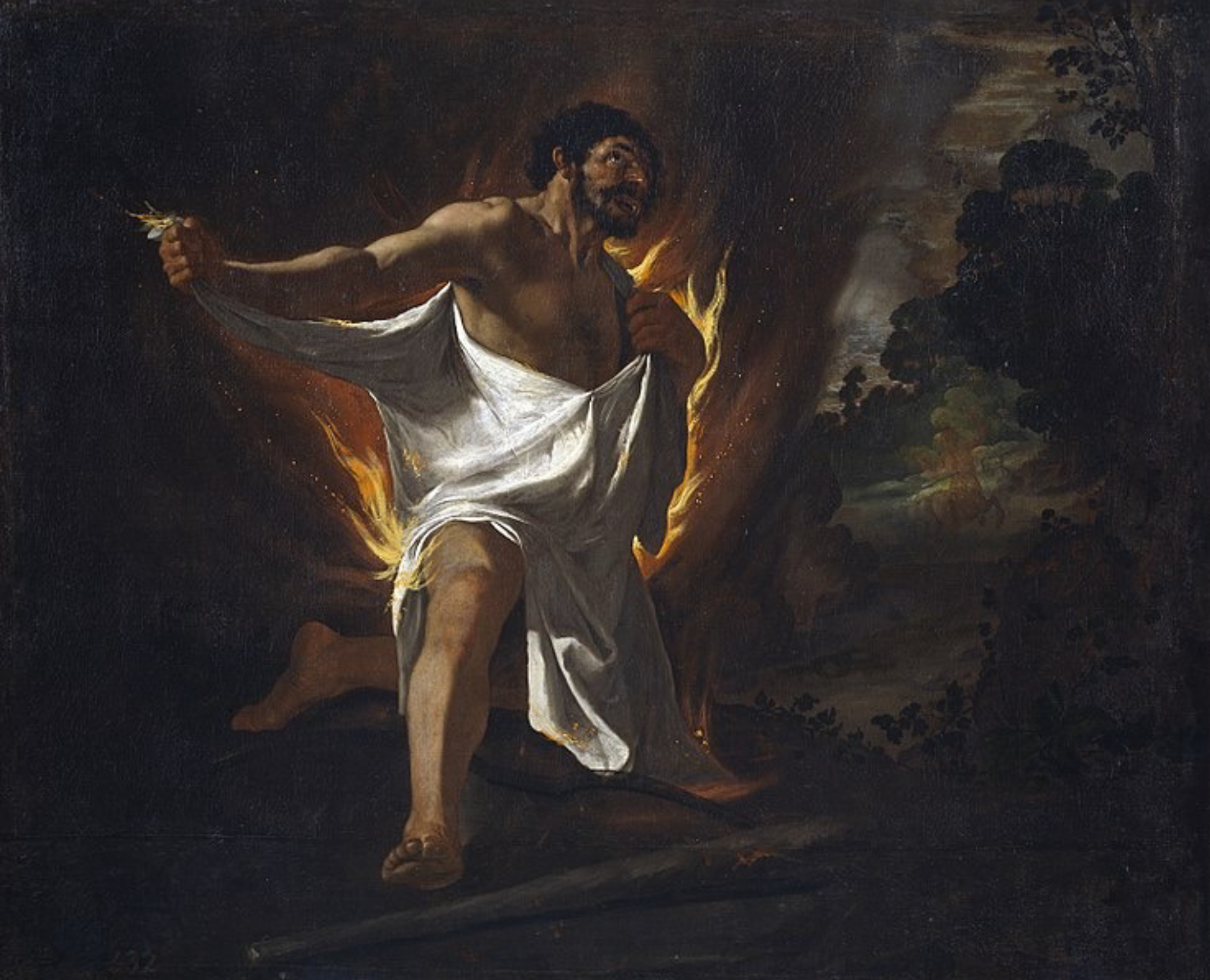 In medieval Europe, poisons were widely known and readily available. Knowledge regarding antidotes for the more well-known poisons of the time was also more advanced during this era. Nonetheless, intentional and accidental poisonings were a common cause of death. Herbs commonly used for intentional poisoning included belladonna, hemlock, and wolfsbane, but there was extensive misinformation about which plants and compounds were poisonous. As a result, there was widespread worry of accidental poisoning or assassination via poisoning to the extent that many monarchs employed royal court testers to protect themselves from poisoning via food, clothing or even bedding. The prevalence of poisoning coupled with insufficient testing to detect or identify poisonous compounds made it almost impossible to confirm poisoning as the cause of death, so claims that royalty or wealthy individuals had died of natural causes were often refuted.

During the Renaissance Period, Pope Alexander VI and his son, Cesare, of the Borgia family in Italy, were perhaps the most infamous practitioners of poisoning. The Borgias would allegedly spike wine given to guests with several kinds of poison, including arsenic, strychnine, and cantharidin because following the inevitable death of the guest, ownership of the guest’s property would revert to Alexander VI as dictated by church law. It is theorized that the Borgias had access to rare poisons like Cantarella, which is thought to be a form of arsenic that tasted deceptively sweet like sugar and was very potent.

It has been speculated that the Borgias, who amassed great wealth and power via these nefarious means, was brought down by accidental poisoning, although other accounts suggest they died from malaria. According to stories of their poisoning, during a dinner that they held for several Cardinals, a server mixed up the wine decanters so that the Borgias mistakenly drank the poisoned wine intended for the Cardinals. The aged pope died as a result of the poisoning, but Cesare recovered following a ritual in which he rested inside the carcass of a mule. Although Cesare survived the poisoning, he lost his position of power and wealth with the death of his father. The Cardinals chose Giuliano della Rovere,

Pope Julius II succeeded Pope Alexander VI. Pope Julius II is largely credited with saving the Papacy. He not only refused to live in the Borgias’ papal apartments or even mention the Borgias by name but also became a key patron of Renaissance art, commissioning Raphael, Michelangelo and a new St. Peter’s Basilica.

To find out more on poisonings throughout history, you can find the full ebook here at Open Access Government