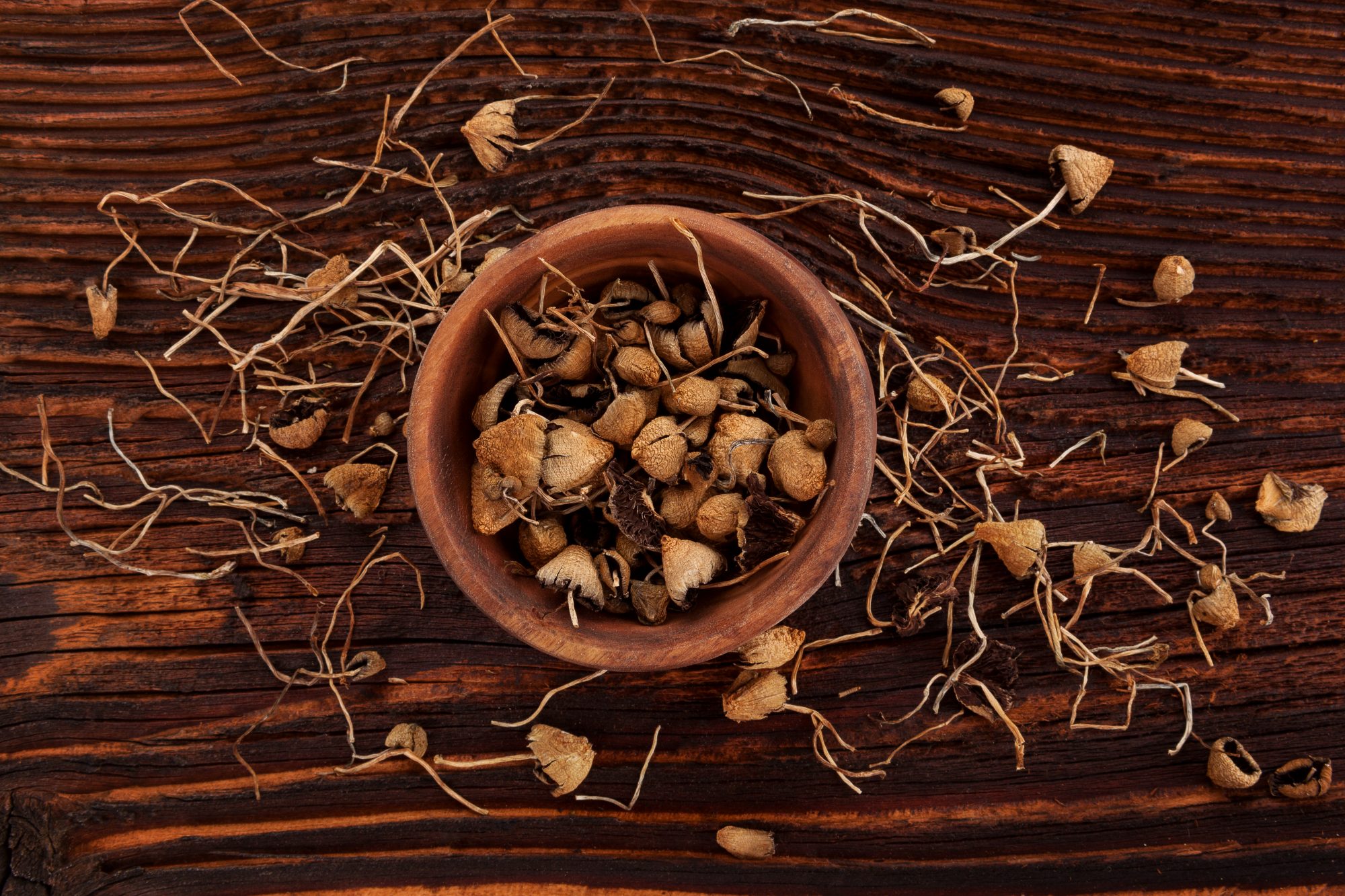 Just two doses of psilocybin, a compound found in magic mushrooms, combined with psychotherapy, can help those suffering from alcohol addiction

A study led by researchers at NYU Grossman School of Medicine has revealed that a prescription of psilocybin, in combination with psychotherapy, can reduce heavy drinking by 83% amongst those with alcohol addiction.

Researchers investigated 93 men and women with alcohol dependence. Each participant was randomly assigned either:

Neither researchers nor participants knew which medication they received.

PSILOCYBIN USERS HAD REDUCED THEIR HEAVY DRINKING BY 83%

Another key finding came up: eight months after their first dose, almost half (48%) of individuals who received psilocybin stopped drinking altogether compared with 24% of the placebo group.

Alcohol use disorder is notoriously hard to treat

“Our findings strongly suggest that psilocybin therapy is a promising means of treating alcohol use disorder, a complex disease that has proven notoriously difficult to manage,” explains senior study author and psychiatrist Michael Bogenschutz, MD, director of the NYU Langone Center for Psychedelic Medicine.

“Beyond alcohol use disorder, this approach may prove useful in treating other addictions such as cigarette smoking and abuse of cocaine and opioids.”

However, Bogenschutz mentions that the research team next plans to conduct a larger, multicenter trial to really understand how psilocybin can help those with alcohol addiction.

More work needs to be done, he explains. There needs to be clarification on appropriate dosing before the drug is ready for widespread clinical use, Bogenschutz concludes.