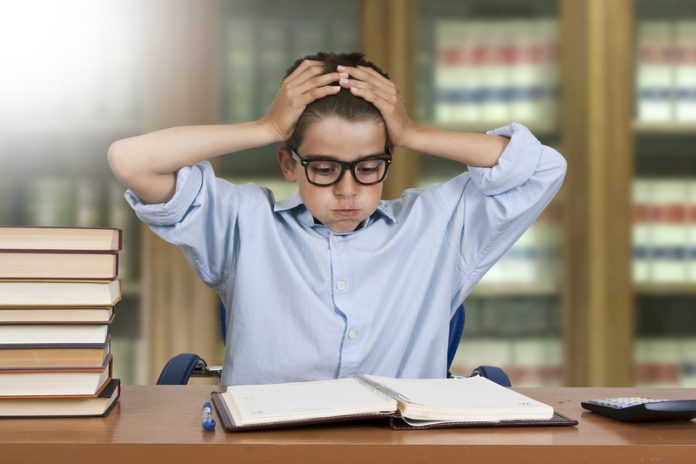 As 2018 SATs week kicks off today (14/05), new research has revealed ‘difficult’ exams leave 45% of British kids anxious as they fear being ‘embarrassed’ by their results

A poll of 1,005 pupils*  who took their Key Stage Two SATs last year shows increasing numbers of children are becoming weighed down by exams –  with nearly a quarter admitting they couldn’t concentrate on their work because they felt so under pressure.

Worryingly, the research lead by Kellogg’s, showed that the majority (41%) of the children struggled with their tests describing them as ‘quite difficult’ and nearly one in ten (9%) said they were ‘very difficult’.

Sadly it would appear that peer pressure also comes into play for our studying kids, with around 30% of ten and 11- year olds surveyed across the UK confessing their biggest concern was being embarrassed by their results, with 15% worrying their friends would get better marks.

In recent years many parents across the UK have branded the SAT’s exam pressure on children ‘unnecessary’**, however it would appear mum and dad are still front of mind when it comes to getting top marks, nearly 40 percent of kids described ‘their biggest worry’ during their exams as letting their parents down.

All this troublingly pressure rises it means our children pay the ultimate price when it comes to happiness, as many (22%) studying for their SATs exams felt it drove them to no longer ‘enjoy learning’.

Interestingly the study revealed a large proportion (60%) of children who achieved mostly 5’s and 6’s in their SAT’s last year, had attended a breakfast club prior to their exams.

However, while many children had breakfast at home or at a club, there were still those who missed out. Worryingly just under 10% of children didn’t eat most mornings of SATs week, with girls as likely as boys to abandon breakfast when under pressure.

Shockingly some pupils were swapping a hearty breakfast with energy drinks or coffee (4%) and cigarettes (2%) as an alternative way to get exam ready.

This SATs week, as part of Kellogg’s 20th anniversary of its breakfast clubs programme, the cereal giant has teamed up with food redistribution charity FareShare and will be donating 500,000 free breakfasts to schools across the UK.

FareShare Chief Executive Lindsay Boswell said: “We all want to give kids the best start to the day through the food we provide – and using FareShare’s network of 700 school breakfast and lunch clubs and after-school clubs, we can do just that.”

Kellogg’s UK and Ireland director, Paul Wheeler, said: “This is the fifth year Kellogg’s has donated extra food to schools during SATs week, so it is great to partner with FareShare.

“We’re sorry to hear that children are feeling stressed and hungry before their exams, so we hope that by attending breakfast clubs they’ll get the boost they need to do their best.”

Over the last 20 years, Kellogg’s has supported 3000 school breakfast clubs with funds, food and training.

** Campaign lead by Let our Kids be Kids