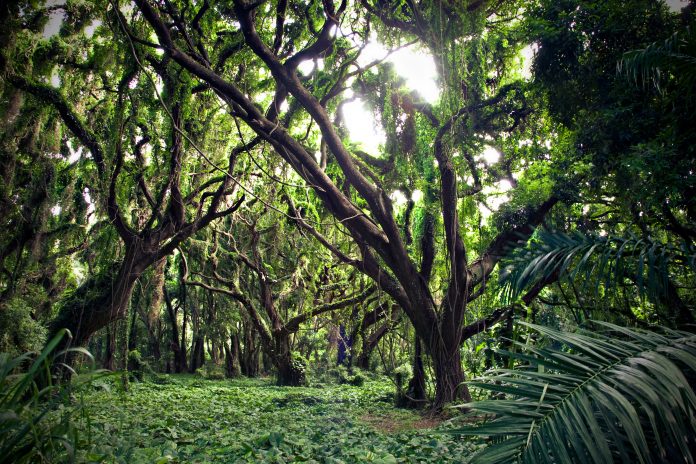 Cyclonic storms (hurricanes, typhoons, or cyclones) affect nearly every continent in the world and are among the most intense weather disturbances for coastal zones. The power of cyclonic storms is drawn from the warmth of the seas. What happens when the oceans continue to warm, as has been predicted under global warming scenarios? Climate models now predict that there should be, in fact, a decrease in cyclonic storm frequency over time while also predicting an increase in highly intense storms.

Evidence for this is seen in the already measured shift in hurricane intensities in the Atlantic Basin from Category 1 and 2, on the Saffir-Simpson scale, to categories 3 to 5. An example of this is the 2017 Atlantic Ocean hurricane season, which brought severe damage to much of the Caribbean and coastal U.S. This included Hurricane Maria, which struck Dominica and Puerto Rico with nearly Category 5 winds, destroying much human infrastructure and forests of both islands.

Tropical forests are the Earth’s largest repositories of terrestrial carbon on earth and these forests store approximately 52% of it in plants and 33% of carbon in soils. Thus, tropical forests have the potential to mitigate some of the increasing carbon dioxide responsible for global warming by absorbing it via photosynthesis and storing it in soils via decomposition. A team of researchers working in Puerto Rico have been studying the effects of hurricanes and other climate changes in the Luquillo Experimental Forest (LEF). The LEF (coterminous with El Yunque National Forest, both of the USDA Forest Service) has been the subject of scientific study for over 70 years.

This legacy of research was recognised in 1988 when the U.S. National Science Foundation award the researchers a Long-Term Ecological Research (LTER) award to continue their studies of the dynamics of this exemplar of tropical forest ecosystems. Renewed funding has continued for 32 years, during which the Luquillo LTER Program has witnessed three major hurricanes: Hugo in 1989, Georges in 1998, and Maria in 2017. This is a significant departure from the average 50 to 60-year inter-storm interval observed since 1851 for storms of this magnitude.

Thus, in terms of the hurricane disturbance regime, the LEF has arrived in the new world of frequent, intense storms, and the Luquillo LTER has been in place to document it. Together, the knowledge of the intricate web of critical interactions among the climate, disturbance regime, the organism and biogeochemistry converge to make the LEF important laboratory for quantifying the impacts of global change.

How changes in the disturbance regime would affect organisms and biogeochemical cycling was not well understood when the Luquillo LTER began but is critical for determining the vulnerability of species and ecosystems to climate change. The forests of Puerto Rico have been subject to hurricane disturbance for millennia, and this seems to shape the resilience of species and ecosystems.

Intense hurricanes deposit massive amounts of litter and woody debris on the soil surface, often equivalent to an entire annual litterfall cycle. Most of this decomposes rapidly to CO2, returning to the atmosphere, thereby providing positive feedback on climate warming. The tropical forest soils are deep, extending many meters below the surface and there is some evidence that this reservoir of carbon may increase over time as storm intensity increases. But it does not offset the loss of carbon from the ecosystem via decomposition.

What’s more, hurricanes favour dominance by early successional tree species, or “pioneers”, and initiate a long-term process of successional change in species composition, with slow-growing species eventually replacing the pioneers. Hurricanes also select for storm-resistant species such as the sierra palm, whose abundance had increased in the LEF during the history of LTER research. Thus, most forests in the Caribbean are in a constant state of flux of tree species composition because of repeated storms.

The importance of these changes for carbon is seen in the long recovery trajectory that pioneer species, due to their rapid growth, have less dense wood and, therefore, lower carbon content than their slow-growing counterparts. Similarly, for the small-statured palm. With more frequent intense disturbances, the successional process is reset more often, decreasing the period when, integrated over decades, the forest will sequester atmospheric carbon. This will limit their capacity to serve as a net regulator of this critical greenhouse gas in the future.

For other organisms in the LEF, such as freshwater shrimps, the iconic coquí (frog), anole lizards, and birds, long-term research shows them to be quite resilient to the effects of hurricanes, even more frequent intense ones as has been observed over the last three decades. The long evolutionary history of hurricane damage has selected for the most resilient species. But for the organisms most important to carbon dynamics, the trees, the resiliency means lower carbon storage and concomitant feedbacks on the pace of global change. Aside from shifts in tree species composition, no catastrophic tipping points of ecosystem change have yet appeared on the horizon in the LEF, additional looming changes in precipitation regime and temperature will undoubtedly combine to further challenge these tropical forests. 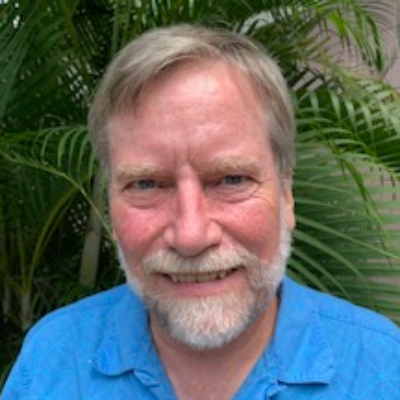