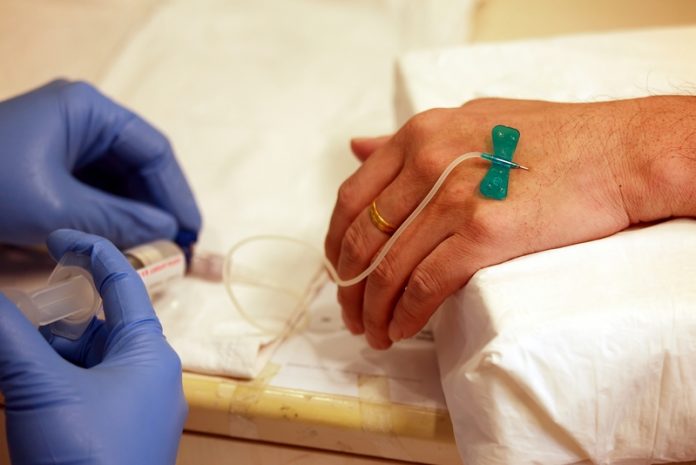 It’s often research into new drugs that makes headlines. But examining routine chemotherapy data can also help doctors continually improve how they use treatments already available. To do that the NHS needs to look at how these treatments are being used and how different patients fare following treatment.

Last year, we worked with Public Health England to do exactly that. Our world-first study of patients treated for breast and lung cancer in 2014 gave us a national picture of what happened to patients following treatment with chemotherapy, ‘targeted’ drugs and immunotherapy. The study was made possible by routine data collected by Public Health England as part of the treatment of all patients across the English NHS.

And for the first time, each English NHS hospital trust could see how well their breast and lung cancer patients fared in the first 30 days after receiving these treatments compared with other trusts.

This measure, called ‘30-day mortality’, is really useful. If a patient dies in that short window of time, it’s unlikely they benefitted from the treatment and they might still have experienced its side effects, even if it didn’t directly lead to their death.

For those patients, other types of treatment and support might have led to a better outcome. But the only way to know this is by giving treatment teams data to help them spot where they could make improvements.

So how did the doctors who make decisions about these treatments feel about their trust’s 30-day mortality levels? Especially where they were higher than they might have hoped. A year on, we spoke to doctors at Addenbrooke’s hospital in Cambridge, and the Royal Free hospital in London, to find out.

Improving the outlook for cancer patients

According to Dr Hugo Ford, the director of cancer services at Addenbrooke’s hospital in Cambridge, the new national chemotherapy data set was like a canary in a coal mine. It flagged a problem, but it was up to his team to solve it.

“You obviously worry that increased 30-day mortality is due to the treatment,” says Ford. But when he looked more closely at the patients who had died, what he found reassured him that wasn’t the case. “Very few people died because of complications of chemotherapy – it was nearly always their breast cancer,” he explains.

Following a breast cancer diagnosis, long-term survival is high: almost 8 in 10 breast cancer patients (78%) survive for at least 10 years. That means many patients will get to know the treatment teams managing the chemotherapy they’re given.

So, if chemotherapy stops working, making the transition to palliative care teams – who help patients to manage pain and other symptoms – can be particularly difficult and upsetting for patients. “We want to bring palliative care teams into the clinics so that they can be involved with patients from an earlier stage,” explains Ford.

“They can also help to give advice and support to the doctors involved in their care.” He told us that having these new data about patients helped the team put these plans into action sooner.

“It’s given us more of an argument for the resources we need to actually change the support we give patients in their transition to palliative care,” he says.

In January this year, the team changed how they approach discussions with patients so that they’re introduced to palliative care teams earlier. Ford says they’re “really interested to see what impact that has on our patients’ outcomes in the next year or two”.

And he believes that being able to share these results with other trusts will be the key to improving patient outcomes nationally.

“I don’t for a minute pretend that the changes we’ve got planned will be perfect – but other people will have these same experiences. Public Health England will be able to look at what some trusts have done that has improved patients’ experiences and outcomes, and say that these are the sorts of things that other trusts should think about doing.”

But it’s not just about solving problems. For trusts whose overall 30-day mortality wasn’t significantly higher than average, there may also be opportunities to improve patient care.

Dr Roopinder Gillmore, chemotherapy lead for the Royal Free London NHS foundation trust, explains that the study made her team change how it reviews cases where individual patients die shortly after starting treatment.

“We used to hold meetings every 3 months where we discussed cancer patients who had died within 30 days of receiving chemotherapy,” she says. We now do them in real time at monthly meetings for anybody who dies unexpectedly, or shortly after being given chemotherapy with the intent of curing their cancer. We need to learn from those cases.”

The 30-day mortality study found that there were some patients – such as those who are generally less well, or who haven’t had any chemotherapy previously – who had a higher risk of dying in the 30 days following treatment.

So now, she says, they’re exploring whether the patients they discuss in their meetings have anything in common, to help them understand when they might need to take extra care when deciding on treatment.

“We’re looking at patients who begin chemotherapy during their stay in hospital – since they may be frailer – or those who are generally less well. If those patients crop up more in mortality meetings we need to make sure we discuss those patients properly so that we can make well-informed decisions with them.”

Ultimately, the decision about whether or not to accept chemotherapy lies with the patient, with advice from their doctor. And this can be a really difficult decision to make. But Gillmore feels optimistic that looking at national data on these treatments will help doctors and their patients make the right choices for them.

“For patients who might not benefit from chemotherapy, but who still want it, we need to help them understand why a different treatment strategy might give them a better outcome.

“Now I’ll be able to say that we look at the effect of all our treatments at a national level, to make sure that we are acting in their best interests at every stage of their journey.”

What else could we learn from these data?

The new information has already changed how some hospitals manage and review chemotherapy treatment. But this is just the beginning. Public Health England is now exploring other ways of using data to help improve patient outcomes. One way will be to expand the data collection to include more cancer types in future and to track these data over time.

“My speciality is pancreatic cancer, so I’d love to know how many pancreatic cancer patients get treated, and what sort of treatments they’re given,” says Gillmore. I don’t really have a feel for what’s happening day-to-day across the country.”

Until now, almost all the information on how well treatments work for patients came from clinical trials. These remain the gold standard of evidence, but they tend to involve patients who are younger and with few other medical problems.

But doctors in the NHS have to care for a wide range of patients. Public Health England’s data includes all cancer patients receiving these treatments across England – that’s around 489,000 patients so far. And it can be used to help doctors ensure patients receive the treatments that are most likely to be right for them, something doctors like Ford are keen to find out.

“If we don’t know how well treatments work in the normal population, how are we supposed to advise patients properly on what sort of treatment they ought to be having?” he says.

These answers will only come if trusts put high-quality data into the system. Public Health England is working closely with trusts to make sure all their data are present and correct, for every patient, which is no mean feat. But the reward will be steady improvements in patient care, for all cancer patients in the NHS, for years to come. And that’s worth it.

Cancer intelligence officer and co-lead author on the SACT study